It’s All About You

It really is. Are you an insurance professional seeking to grow your career? Are you frustrated that you don’t really know how to advance? Are you a college student considering a career in insurance? Do you work for an insurance carrier, agency, or an InsurTech startup? Are you interested in the future of insurance and what your part might be in it? If you answered yes to any of these questions, you are who we write this for. 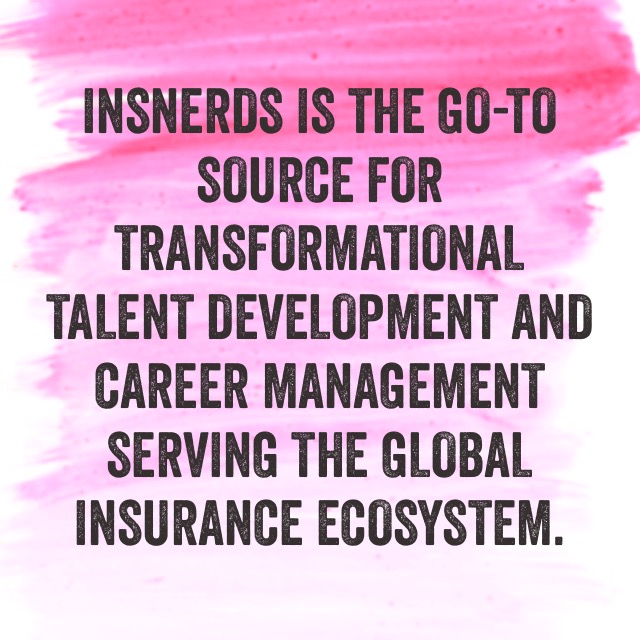 A Word from Some of Our Fans

InsNerds is a great inspiration to me! Your article on how to pass the CPCU was a great path for me, and helped me get through in 12 months. 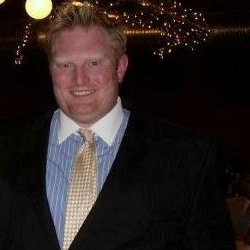 I really enjoyed your article on call centers. As someone who places quite a few folks in that area I can certainly appreciate where you're coming from. You're preaching to the choir here! Thank you!

Inspiring insightful articles. Love reading your work! Keep at it.

Our co-founders, Carly Burnham and Tony Cañas, worked at Nationwide Insurance where they met while helping to build a new chapter of the Gen Y Associate Resource Group (young professional group) in the Des Moines, Iowa office. They used the Gen Y ARG and Yammer, Nationwide’s in-house social network, to help young insurance professionals grow in their career and to write about the future of the industry. When they both moved on to other companies, they missed the work of helping fellow insurance professionals grow and decided to continue it at an industry wide scale, and thus, in late 2014, InsNerds was born. 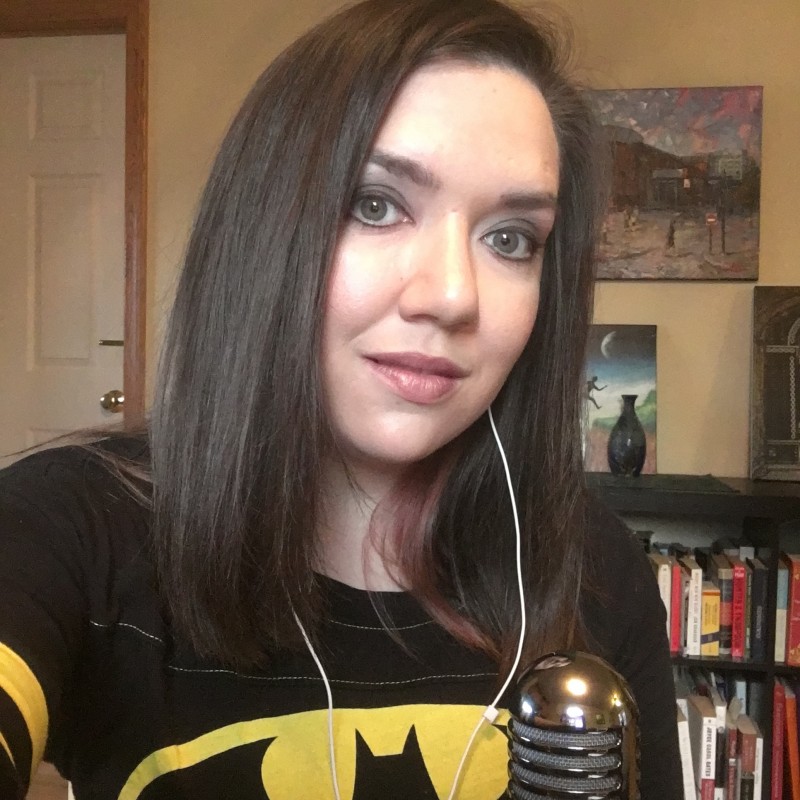 Carly Burnham began her insurance career in 2004 as an office assistant at an agency in her hometown of Duluth, MN.  She got licensed as a producer while working at that agency and progressed to serve as an office manager.  Working in the agency is how she fell in love with the industry.  She saw firsthand the good that insurance consumers experienced by having the proper protection.

When Carly moved to Des Moines in 2010, she decided to commit to the industry, and she completed her CPCU in one year finishing it in 2012 and attending commencement in New Orleans.  She completed her MBA at Iowa State University in 2014.  During this time, she and Tony founded a Gen Y Associate Resource Group at Nationwide in Des Moines.

After they had both left Nationwide, Tony recruited Carly to co-author and manage InsNerds.com.  She has the difficult task of keeping his constant flow of crazy ideas focused and helping to flesh them out into useful articles. Carly enjoys sharing knowledge and ideas about the future of the industry and finds the website a good outlet for this passion.

Carly is a Product Manager at Explore.  She is a member in the the CPCU Society Underwriting Interest Group. She also writes “Next Wave” a monthly column in the “Perspectives” section of Best’s Review.

You can view more about her on her Linkedin Profile. 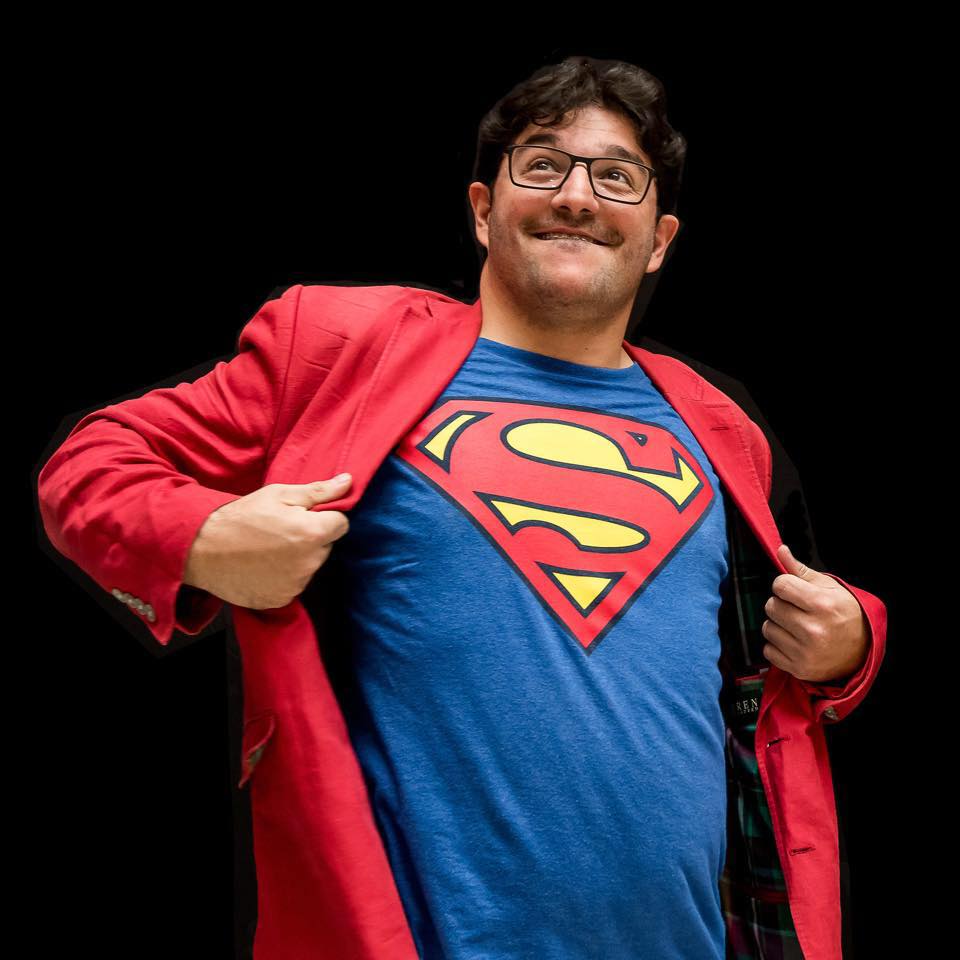 Tony Canas is a young insurance nerd, blogger and speaker. He’s the voice of the Millennial generation in the insurance industry helping the industry understand how to engage this large demographic that will soon make up over 50% of the workforce.

Tony was born and raised in Costa Rica and moved to the US in 2002 receiving his BS in Management Information Systems and MBA both from Iowa State University. He has been in the insurance industry since 2009. During that time he has completed his CPCU, AU, AIC, ARM, ARe, ASLI, API, AIS and AINS designations along with his Toastmaster’s Competent Communicator and Advanced Communicator Bronze public speaking designations. Having worked in claims, underwriting, finance and sales at four different insurance carriers, five cities and four states he has gained a broad understanding of the industry.

Tony has been very involved in the industry’s effort to recruit and retain Millennials and has become a well known speaker and blogger on the topic. He hosted his session “Recruiting and Retaining Millennials” at both the 2014 CPCU Society Leadership Conference in Phoenix and the 2014 Annual Meeting in Anaheim.

He has been featured by “The Edge”, the national magazine of the CPCU Society; the newsletter of the Iowa CPCU Society; American Agent & Brokerand was named as one of the “Top Young Agents of 2013” by PropertyCasualty360.

Tony loves helping people grow their insurance careers and is available for one hour micro-mentoring sessions,  schedule yours here.

Tony is passionate about insurance, technology, innovation and about engaging Millennials in the insurance industry. 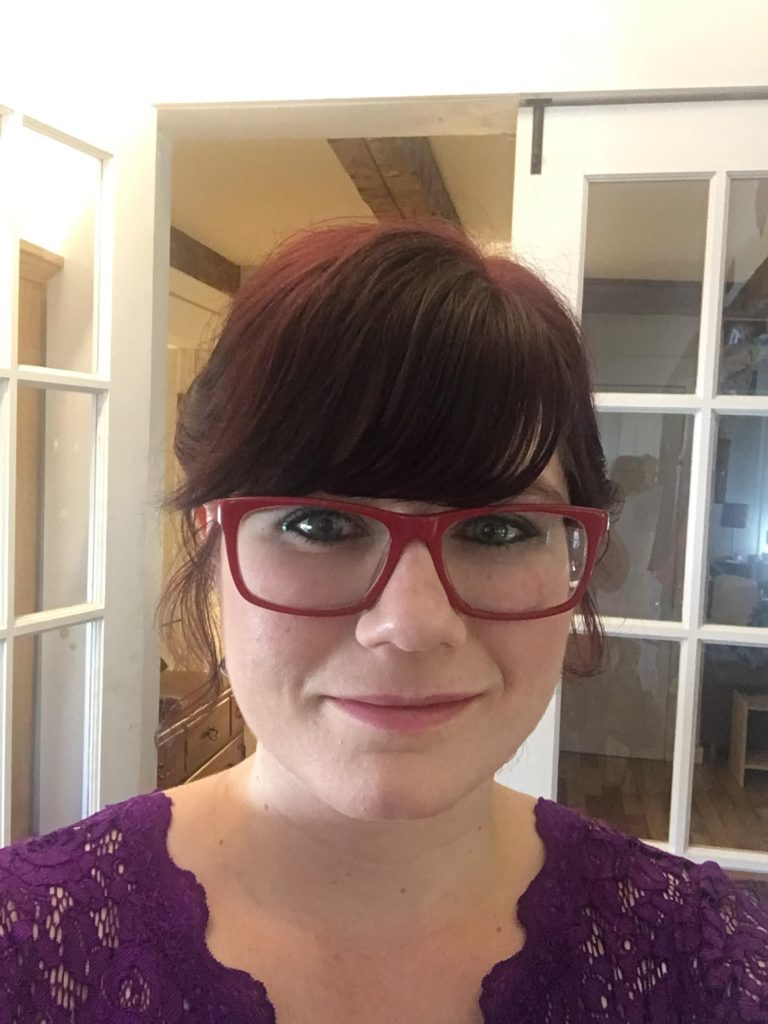 Taryn runs the editorial team for the blog. Like many others in insurance, Taryn happened upon the industry randomly. Three years ago, she needed a decent job after graduating from the University of Pittsburgh. She took a job with a temp agency for an E&S brokerage as an underwriting assistant. She spent 10 months deciding whether to stick with insurance or try for a Ph.D. in Philosophy, and when offered a full brokerage position with Hull & Company, she took it. After focusing on binding authority business for a few years, she decided to get in on the carrier side of the game and took a position at Vermont Mutual. These days, you’ll find her performing Underwriting Assistant duties there, studying for designations with her fiancé, hiking the wilds with her dogs, and playing music whenever possible – not to mention all the gaming that happens in their household. In addition to her writing for InsNerds, she is working on her own creative writing projects. 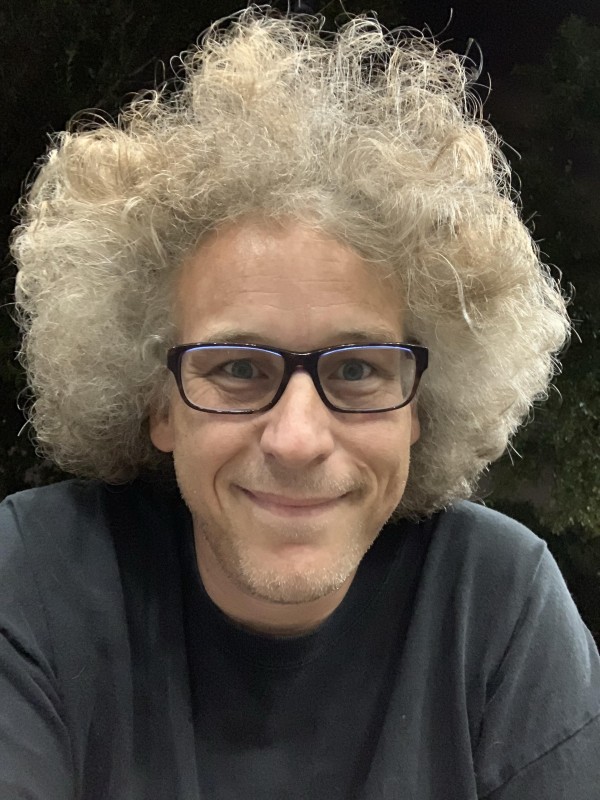 Ryan is the VP of Technology at Assurex Global and is passionate about helping agents and brokers succeed in the digital world. 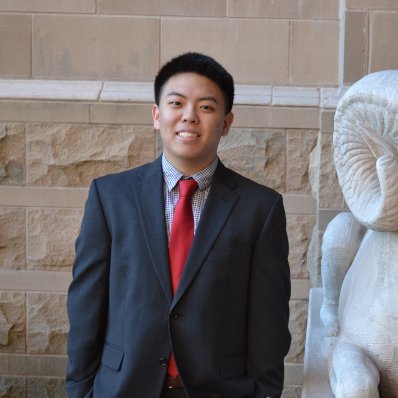 Devin Li is a senior in Virginia Commonwealth University’s School of Business studying Risk Management and Insurance (RMI). Currently, he holds leadership positions in the Alpha Mu chapter of Gamma Iota Sigma and the VCU chapter of InterVarsity Christian Fellowship. He has represented the school at multiple insurance conferences including RIMS 2016, 2017, and GIS National Conference 2016, 2017. Outside of academics, Devin immerses himself in friendships, faith, and professional and collegiate athletics. With some dedicated friends, he hopes to launch the 4:10 Project, a Richmond-based nonprofit working with underprivileged youth and homelessness, in the near future. Devin has passions for people, public speaking, and startups, and one day he hopes to utilize those interests to impact the world.

Devin is the very first InsNerds intern, and his responsibilities include helping out with search engine optimization (SEO), marketing, filling in on the podcast, and mopping the floor with Tony on the virtual chess board.

Current score of the ongoing Tony vs Devin chess games: 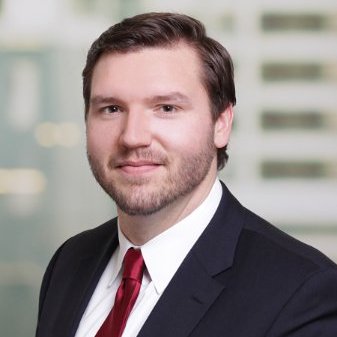 Steve is a Senior Consultant at EY. Previously he worked at Federated Insurance, IndemnityInsurance and Country Financial. In December 2014, Steve became our very first guest author with 4 Cornerstones for a Strong Brand. 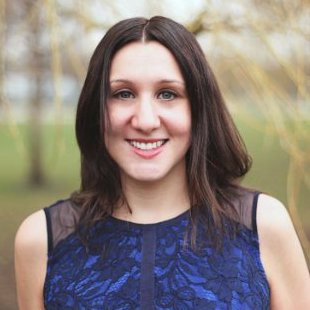 Brett McKenzie Wood is a veteran of Zurich, Fireman’s Fund and Allianz, Brett brings extensive go-to-market and appetite communication experience. She wrote a Why I Love Insurance article for us while she was Sales Leader at EvoSure. She has since returned to Allianz as a Zone Leader. She is based in Chicago. 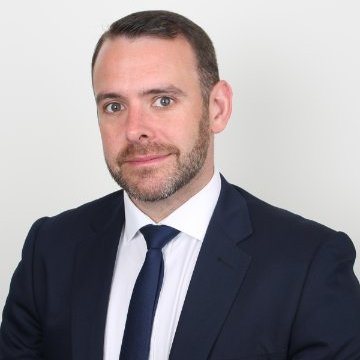 Gareth Eggle is Head of Insurance at Flint Hyde in London. He leads the (Re)Insurance practice at the boutique search firm, providing insight across Broking, Insurance, and Reinsurance, whilst sourcing and representing mid-senior level (Re)Insurance Professionals, throughout the UK, Continental European, Asian, and American markets. Gareth wrote Harnessing Alternative Skills in the Insurance Industry – A Wake Up Call. 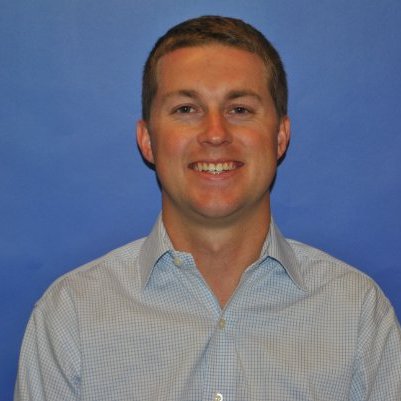 Daniel Corcoran finished his Bachelors in Business at Saint Alselm College in 2011 and he has worked at Arbella Insurance Groups since 2012 where he has quickly grown from a Communication Assistant to a Commercial Lines Underwriter. He wrote a very popular Why I Love Insurance article for us. 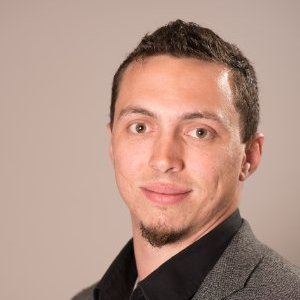 Harrison is Assistant Vice President & Environmental Insurance Broker at AmericanManagement Resources Network, LLC. His LinkedIn tagline is “The Caped Crusader of EnvironmentalInsurance”! Harrison wrote a Why I Love Insurance article for us. 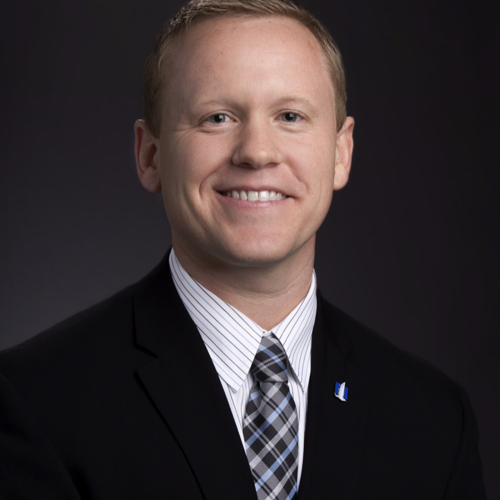 Brad Barnett is a senior Marketing executive for Nationwide Insurance leading National Media and Sports Marketing efforts. Brad wrote a Why I Love Insurance guest article for us. 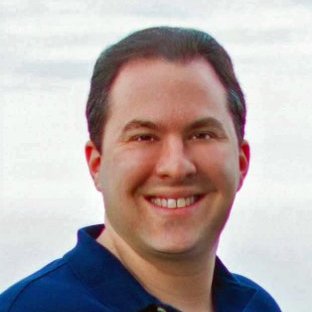 Sam is widely known as The Cargo Guy. He’s the country’s foremost expert on cargo and logistics legal liability. He recently left the carrier world to start Carrier Risk Solutions, Inc. He wrote a very popular article for us: It Doesn’t Take an Underwriter to Say “No”. 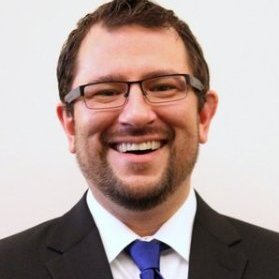 Justin is a passionate, results-driven leader with a progressive track record of top tier sales performance for Fortune 100 companies as both an entrepreneur and sales leader. Justin is currently at Liberty Mutual and before managed a Nationwideagency. Justin wrote a Why I Love Insurance article for us and co-authored a few other articles with us also. 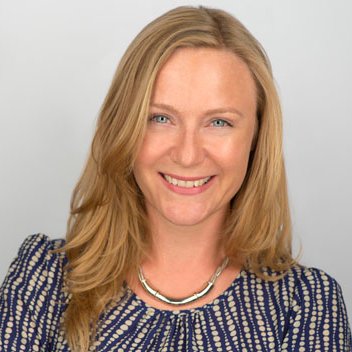 Katherine Bryant is an executive coach working with (re)insurance professionals who want to accelerate their career success. Whether it’s gaining a promotion, changing role or honing the perfect leadership style her former life as an underwriter,broker and most recently a COO at Aon supports her current role; consulting and coaching at companies such as JLT, HSBC, Aon, Gallagher, AIG and various Lloyds syndicates. She wrote an excellent article for us: 7 Ways to Advance Your (Re)Insurance Career this Summer 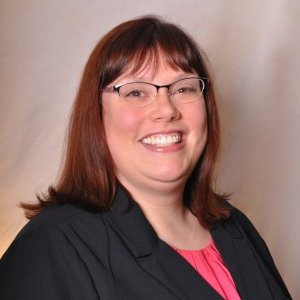 Melissa began her insurance career in 2001 at General Casualty Insurance (now known as QBE North America.) Her mom wisely told her to apply for a temp-to-hire position in the Commercial Lines processing unit and the rest is history. She is a very proud graduate of Wisconsin Lutheran College, earning B.A. in Communications in 2000. (She’s not kidding; her license plates say WLC GRAD.) She’s a proud CheeseHead; she’s lived in Madison, WI almost her whole life with the exception of the four years at WLC. Since her start at GC/QBE, she’s earned AINS, AU, AIC, CPCU and AIC-M designations and attended the Indianapolis and Hawaii CPCU Society annual meetings. She has worked in both underwriting and claims, and in both Commercial and Personal lines. She currently works as an underwriting consultant at WisconsinReinsurance Corporation. After meeting Tony and Carly in Indianapolis in 2015, Melissa was motivated to get involved with her local CPCU Society chapter and she is a director on the board.

Melissa wrote a Why I Love Insurance and Paying it Forward with CPCU.