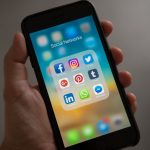 Our monkey brains guide our bodies through medieval governmental structures while manipulating the technology of the gods. This inherent tension creates endless contradictions, power struggles, and confusion in our world. There is little debate that technology rules commerce. Even governments fail to contain quantum leaps of technology. Uber famously decided to upend the taxicab industry … Read more 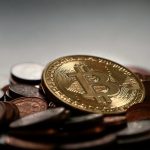 Predictions are always hard, especially about the future. One of the hardest decisions to make is whether Bitcoin is more likely to fail or to rise in value over the coming decades. There are strong arguments on either side. That said, Bitcoin is not cryptocurrency. It is simply one form of cryptocurrency. An easy hedge … Read more

Prophecy is for lunatics and heralds. Futurists fall somewhere in between, tending toward lunacy with a dash of megalomania. Insurance is part and parcel of the economy and has been around since the advent of trade. Roman soldiers created a proto life insurance policy for fallen soldiers by passing around an offering helmet for the … Read more

Third Party
Someone else.
Non-admitted (Surplus Lines)
Insurance companies that are working kind of without the go ahead from the state, they are allowed to sell promises but in a different way than normal insurance companies. To buy a promise from a Surplus Lines company you first have to have three normal insurance companies tell you “no”.
Life Insurance
A promise that if someone dies their family (usually) will get paid a lot of money to help them out.
Credit
A credit means you have to pay less money for your insurance because your stuff is in very good shape.
Insurance License
A paper that allows a person to sell insurance.
License (Insurance License)
A paper that allows a person to sell insurance.
Policy
A written paper that explains in long words the promise you have bought from the company and what is covered or not covered.
Carrier (Insurer)
A company who promised to pay for big things you break or lose if you pay them a little money before it happened.
Premium
The little bit of money that the company asks you to pay for the promise that they will pay a lot of money if you break or lose something covered by their promise.
Risk
Chance of something changing either for better or worse.
Insurance
Paying a company a little money for the promise they will pay a lot of money for things we break or lose without meaning to.