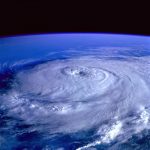 2017 will be remembered for the number and scale of natural disasters that occurred in the United States.  Hurricane Harvey and its aftermath of unprecedented flooding in Houston by itself was record-breaking in terms of the sheer size of the affected area.  This was followed 2 weeks later by Hurricane Irma, which wreaked havoc on … Read more 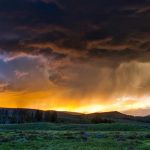 As the Director of Property Underwriting at USAA, my focus is on understanding how natural perils such as earthquakes, hurricanes, tornados, and winter storms impact our insureds, or, as we call them, members. USAA is the 5th largest homeowners insurer in the country with over 3 million policyholders spread throughout all 50 states in the … Read more

Construction
How a building is built and out of what things it is made.
Life Safety
Changes that can be made to buildings to make it easier for people to get out alive in case of a fire or other bad thing happening.
Underwriter
The person who decides to accept or not accept your offer to pay a company for the promise that they will pay for things you break or lose.
Insured
The person who gets paid when something breaks or is lost.
Insurer
A company who promised to pay for big things you break or lose if you pay them a little money before it happened.
Insurance
Paying a company a little money for the promise they will pay a lot of money for things we break or lose without meaning to.