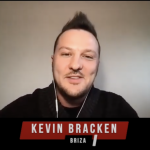 There’s a very good chance, some of the work you’re doing is absolutely useless and nobody actually ever looks at it!

Recent college grads, especially RMI majors, tend to worry too much about choosing the right first job, the reality is it’s more like signing a lease, not getting married.

I’ve been getting a lot of calls at ChatWithTony.com asking about entry level jobs selling life insurance with promises of a TON of money. Generally they’re concerned it’s a scam or a pyramid scheme. It’s not. But it is a TOUGH job.