After spending a week at InsureTech Connect, it’s inevitable that the debates will start.

Insurtech companies are disrupting the industry and fixing what’s broken.

Traditional insurers have won for over a century because of what they built.

Well can’t both be right?  That’s what I talk about in this episode of The Insurance Nerdery.

Oh, and you think I’d run into Billy Idol and not make that a part of my next video.  Let’s get serious!

I happened to catch The Most Interesting Man in Insurance in the insurance wild.  He was releasing his book, The End of Insurance As We Know It, at the Insurance Library Association of Boston.

While on my insurance safari, Rob Galbraith spoke with Nick Lamparelli about some major themes in his book.  Then he opened to the audience for any questions.

During audience participation, Dan Findley of the Andover Companies showed that even carriers that have centuries of experience are looking to the future when he asked Rob:

What should incumbent carriers be thinking (read:  worried about) when it comes to new insurtechs entering the marketplace?

Rob gives us a couple of non-insurance examples in his response.  And you’ll be surprised when he says the time to worry is not when the insurtechs are doing what the carriers are doing.  But something else.

We were able to capture this moment of the Q & A in this episode of The Insurance Nerdery. 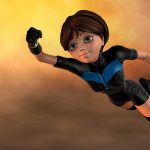 This article originally published on InsNerds. Today we feature a guest article by Brett McKenzie Wood, Director of Sales at Evosure. I haven’t always worked in insurance, but I have always been a worrywart. I remember nights spent lying awake staring at the ceiling of my childhood bedroom and thinking about different ways to keep … Read more 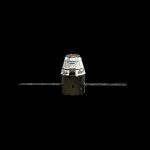 Planet Labs, a tiny Silicon Valley company, that started out of a garage has successfully launched 28 tiny satellites, a thousand times smaller and cheaper than traditional satellites and will have have a full constellation by the middle of 2015. They will be able to take a high resolution picture of the entire planet Earth … Read more

CAT (Catastrophe)
Something very big breaking the houses and businesses of a lot of people at the same time.
Agent
The person who sells you the promise to pay for things you break or lose.
Risk Management
The way we study how things can go wrong and try to lower the chances that they will go wrong.
Policy
A written paper that explains in long words the promise you have bought from the company and what is covered or not covered.
Claim
Asking somebody else to pay when something breaks or is lost.
Risk
Chance of something changing either for better or worse.
Insurance
Paying a company a little money for the promise they will pay a lot of money for things we break or lose without meaning to.