This is the fourth in a series of articles about self-driving cars. The views expressed in this article are my own, and do not represent the views of Travelers Insurance Company.

In discussing the timeline of the arrival of self-driving cars, I often hear people say that the tech is 20+ years away from being a significant presence in our lives. I am often given the example of the slow adoption of previous automotive tech. Automatic transmission took 50 years to reach mainstream adoption in the majority of vehicles, airbags took 25 years; and so on… This is logically extended to self-driving tech: once these vehicles are driving well enough to be trusted by the majority of folks (and we aren’t there yet), it will surely take many additional years before the technology becomes mainstream.

If self-driving was simply an innovative change on top of current automotive technology, I would agree. However, self-driving tech is not just an innovation, it is a truly transformative disruption. 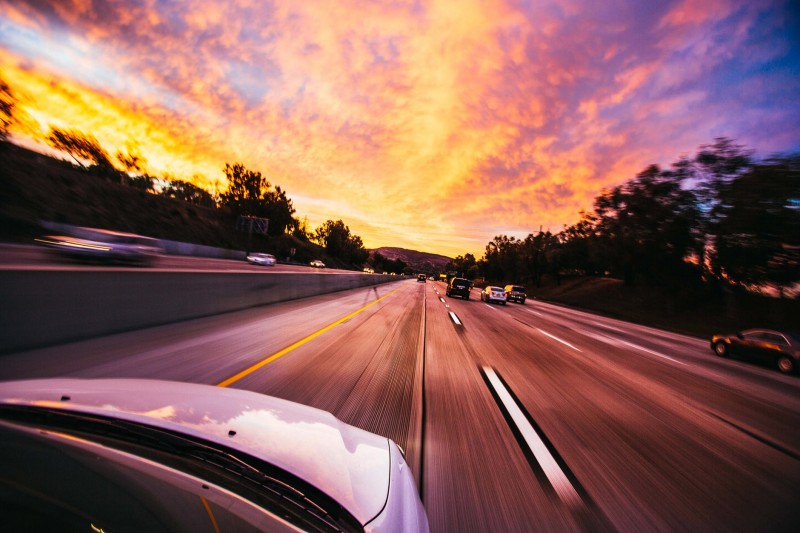 This total disruption happened over 13 years, once automobiles became affordable. In fact, the most astounding thing about this change was that it happened before Henry Ford opened the first assembly line in the United States in December of 1913. I would think if he had opened his factory sooner, the switch would have occurred even faster.

We are on the cusp of a change as disruptive as going from horse and buggy to the automobile. A car that drives itself is fundamentally different than a car that has slightly better technology. It provides a safe chauffeur, frees up the time currently spent driving (and sitting in traffic), and will save tens of thousands of lives per year in the US alone.  It gives personal freedom to those that can’t drive, will likely change the real estate landscape, and provides everyone more personal spending power as transportation dollars are freed up by inexpensive self-driving ride-share services.

I consider self-driving vehicles not just an improvement to cars, but an advancement in technology that improves our lives. Such advancements have been adopted more quickly over time. It took almost 50 years for electricity to reach 25% of American homes, 35 years for the telephone, and 25 years for the television. Tech adoption continued to accelerate, with the personal PC taking 17 years and cell phones 13 years. In recent years, the internet took 7 years to be adopted by 25% of US population, and smart phones

What is interesting about cell phone adoption in particular is how wrong the experts were on how long it would take. In the mid-1980s, AT&T hired McKinsey & Co to forecast cell phone use in the year 2000. They estimated 900,000 users; the actual number: 109 MILLION users. (Photo: gajus © 123RF.com) We are not good at predicting adoption of technology, because we are inclined use what we’ve experienced in the recent past to inform us about the future.

The exponential nature of technology makes it very difficult for people to envision the ever-increasing adoption rate of new technology. New vehicles today (and especially self-driving vehicles) are basically computers on wheels. Once self-driving cars are capable, they will be adopted very quickly. I concede that it will likely be slower than the adoption of the smart phone; but It is also likely to be much faster than most people think.

What if a ride-share service cost $0.25 per mile? Would you use this service instead of owning your own vehicle? I would, and I believe this is where we are headed.  Electric vehicles are already cheaper to operate than internal combustion vehicles (less for fuel, less for maintenance, less moving parts…) Once these vehicles can go 500,000 life-time miles with only tire changes, their operating cost per mile (when used in a ride-share service) will drop well below the cost of personally owning a vehicle.

Consider the usage of your current vehicle. Most cars sit idle 95% of the time in a parking lot. If ride-share services allow for much higher utilization of vehicles each day (say, 50% of the time instead of 5%, a 10-1 increase in usage), this will decrease the amount of cars needed to transport everyone. Rush hours do cause a problem, so there will likely need to be some time-shifting, working from home, and a surplus of vehicles to help with the surge demand at these times.

Let’s look at real numbers. There are currently 250 million registered vehicles in the United States, and there are 7 million new vehicles sold each year. At a usage increase of 5-1 provided by self-driving ride-share vehicles over personal ownership (half of the 10-1 referenced above, to allow for rush hour), it takes 6 years to replace the entire US fleet. I think this point is worth repeating: in 6 years, the entire US fleet could be replaced with inexpensive ride-share services. This alone will allow for quick adoption of self-driving technology, much faster than simply changing over the fleet at the current replacement rate.

Given everything stated above, I expect major adoption of self-driving technology to take 5 or 6 years, not 20. Once these vehicles drive better than any person, in any situation, (which I predict will happen by 2022), it won’t take long before most of us are using these vehicles in our daily lives.

I've been actuating for quite a while now... My experience includes #pricing, #reserving, personal and commercial lines, rate implementation, #SAS, #excel, rating systems, leading projects, managing teams, championing others, ad-hoc analyses, presenting to large-ish groups, and lots of other things useful to insurance companies. I also follow autonomous vehicle technology as a hobby and sometimes work effort. I am currently a Fellow of the Casualty Actuarial Society (FCAS). Anything I write here expresses my own views and does not represent the vies of Travelers Insurance Company.

1 thought on “Part 4: Why Self-driving Cars Will Be Adopted Quickly”