Some memories are hard to shake. Even though we’re in the dead of winter right now, I caught a glimpse of my bike in my apartment and remembered a painful moment from my training last summer. The fact that it stuck with me is telling. It was as powerful as it was painful!

I’d just finished grinding my way up a hill on a savagely hot August day. The sun was roasting me, and I just knew my postride tan lines were going to be sharp. I was putting back two bottles of water an hour, and I still felt like I was playing catch-up with my hydration. Thirty miles from home, I was planning for a full day of more than three times that.

Topping the hill, I had a brief descent to the traffic light. Gently pulling the brakes, I came to a stop. And that’s when I really didn’t know what to do next. I knew the light well – it’s by the strip mall on highway 9W in Nyack, New York. I had 30 seconds at most to make a choice: Should I grab the water bottle and squeeze, or should I take that extra glance at my Garmin to analyze my progress and make some decisions on my plan for the rest of the ride?

It shouldn’t have been that hard. First, water. Duh. You need it to live. You need it more on a hot day. And the way I handle the heat, I need it more than most. But I could feel the Garmin pulling me—with eight different metrics on the screen that I could use so many different ways to figure out how fast I should ride, how hard I should pedal, when to sit back and coast, and how I should cope with that massive hill near the bike shop past the Pie Lady. I love the pie, but I do hate the hill. 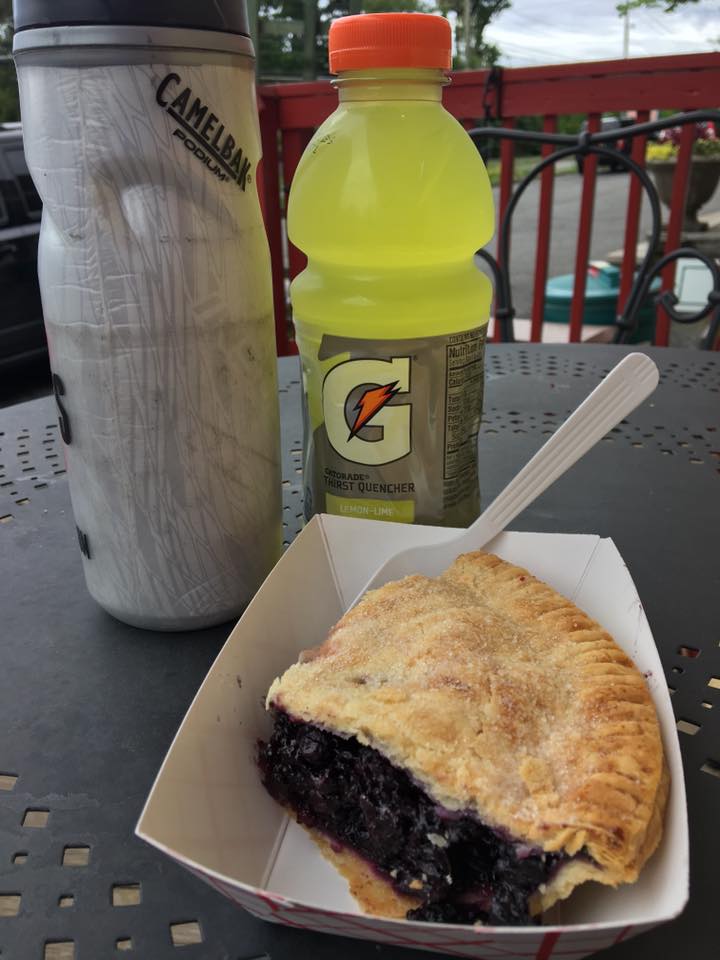 What’s really interesting is that I could do either while rolling. I had time before the next ascent to drink, and I could use time while pedaling to look at and think about the data on my ride. In the end, I thought about the decision in front of me: “Wow, I’m actually thinking about choosing between data and water.” It was fascinating until the light turned green, and I’d consumed neither the data nor the water.

The upside is that I consumed both in short order once I was in motion, and I got to think about the data/water dilemma for another 15 miles—until I reached the convenience store a few miles from the bottom of Bear Mountain. After that, it was all about the climb. 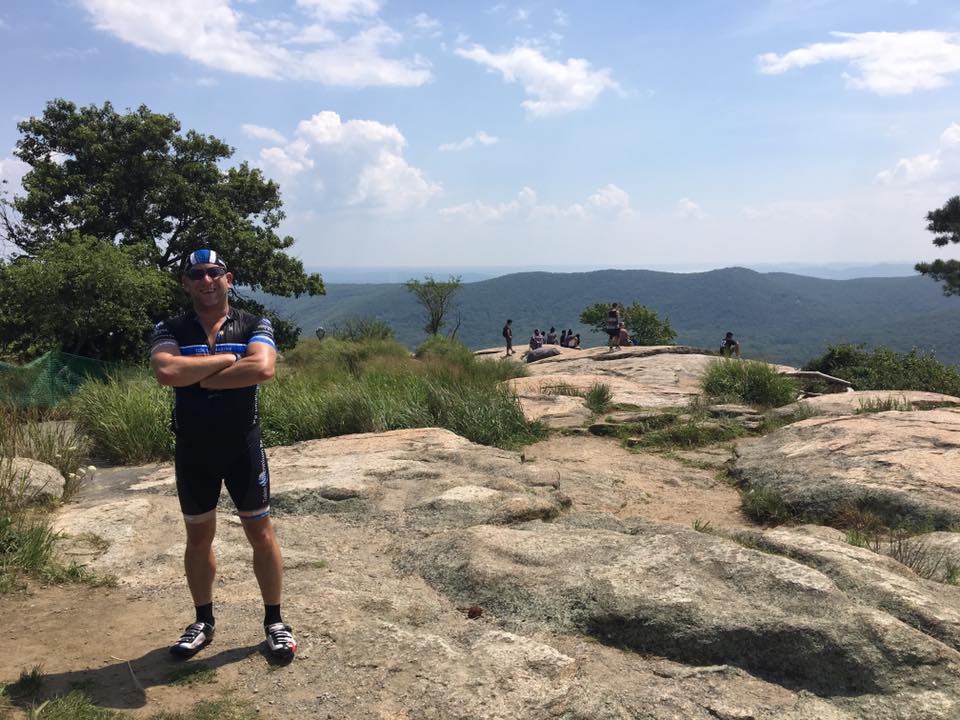 On my way home, I gave the issue some more thought, and it’s still on my mind six months later—to the point that it’s almost midnight and I finally feel compelled to write about it.

Here’s the deal: Information makes a difference. You can make better decisions with it (although the decision to forgo water for data probably isn’t a good example of that!). You can turn data into a performance-enhancing asset, whether you’re pedaling on the roads or optimizing your portfolio. When you operate without data, you can still perform well and enjoy the activity (work or otherwise), but you’ll definitely feel like something’s missing.

When I rolled up to the stop light, I wanted to know how fast I’d gone so far, the amount of climbing I’d done, and how long I’d been out on the road (I knew the distance like the back of my hand). I wanted to get a sense of how quickly I should drain the water bottle, when I should stop to refill it, and whether I should start to think about a food stop (mmmmmmm, pie…). Should I still aim for the full 100 miles? Or should I use the metrics as a leading indicator of what my body would tell me when it’s too late? After all, it was an out-and-back route. Once you’re 50 miles from home, you have to go 50 miles to get back. I had a lot of decisions to make, and I didn’t want to guess or rely totally on instinct.

Of course, the insurance lessons here are obvious. If I could be more desperate for data than I was for water while enjoying my hobby, then clearly, I’d want access to more data and analytics at the office. And doubtless, that’s true. I’m not just a purveyor of data (let’s call it like it is), I’m a heavy user. I’ll even sift through thousands of records manually in the hopes of finding that one insight that could blow my mind.

We need data, we thrive on data, data makes us better. Data is awesome. No doubt. We’ve all been conditioned to believe this since professional birth. The notion becomes real, however, when you’re tempted to wait a full cycle on the traffic light to decide which you want first—data or water. 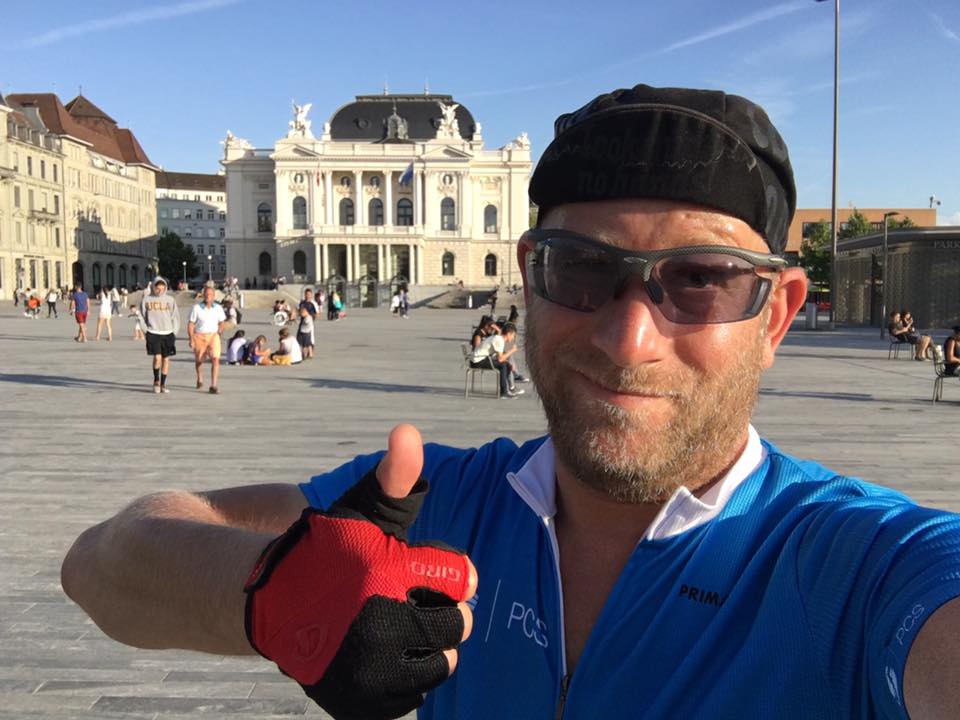 Notes from Taryn: This article hit home with me because I love my Fitbit (though I don’t always use it to the best of my ability…. I too love pie). This article made me realize that I rely on data more than I would initially admit, and how integral it’s become in our lives. If we’re more conscious of this fact, it becomes easier to analyze when we need to make more or less use of data. There are certainly times when I focus on emotions rather than data, and vice versa, when really I should exchange their priorities.

COPE
The four things that matter most when looking at a building: Construction, Occupancy, Protection and External Environment.
Reinsurance
Insurance for insurance companies.
Insurance
Paying a company a little money for the promise they will pay a lot of money for things we break or lose without meaning to.