This article originally published on InsNerds.com

Impact investing is generally defined as investments in ‘companies, organizations, and funds with the intention to generate social impact alongside a financial return’ (Global Impact Investment Network).  Insurers looking to make a difference in the lives of under-served populations but lacking the tools or competencies to launch micro-insurance initiatives may consider impact investing as an alternative way to participate in the financial upside of social impact.  Micro-insurance itself could be considered an impact investment of sorts, but financial instruments such as social impact bonds (SIBs) present a potentially more convenient way for insurers to get their feet wet with impact, while still learning how to address the challenges of under-served populations domestically and abroad. 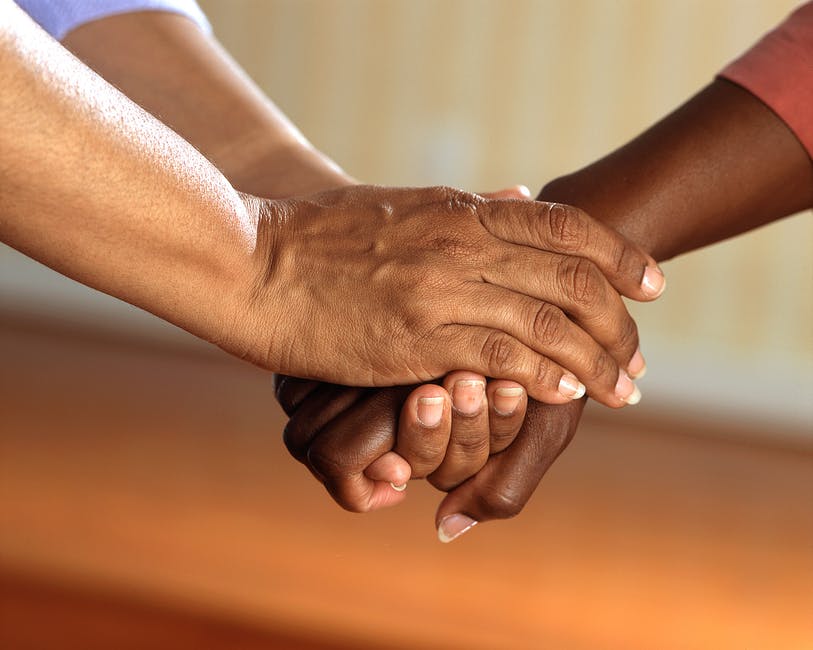 In an SIB, investors arrange with charities to fund services so as to achieve pre-specified targets such as care for elderly with multiple chronic conditions, improving health of homeless youth, and so on. If these targets are achieved, the grantor (usually, a government) will repay principal as well as a healthy return to investors — but nothing if targets are not met.  SIBs are not bonds in the traditional sense but “a hybrid instrument with some characteristics of a bond (e.g. an upper limit on returns) but also characteristics of equity with a return related to performance” (Social Finance 2014; Policy Innovation Research Unit (PIRU), Department of Health Services Research and Policy London School of Hygiene and Tropical Medicine, and RAND Europe: An evaluation of Social Impact Bonds in Health and Social Care).  In many cases, a Special Purpose Vehicle (SPV), or a subsidiary company, is established whose operations are used for the exclusive acquisition and financing of the service, and to receive investments and make outcome payments. The SPV can also issue contracts to service providers to deliver the intervention.  As health and social care systems face the challenges of rising demand (due, for example, to an aging population) and severely constrained resources (The demand for social investment in the UK has been estimated as likely to reach £1billion by 2016, a third of which is expected to be in the field of health and social care (Boston Consulting Group 2012), social investors and financial intermediaries see the SIB sector as an area of growth and opportunities.

An important factor to consider in evaluating impact investments such as SIBs is the social context in which they are borne. Examples include:

In one sense, the ‘dual’ society already exists in some markets in the form of negative externalities such as unemployment. Processes of disqualification and reclassification have traditionally been effects of the mechanisms of economic competition, underemployment, adaptation or non-adaptation to new jobs, etc.  Attempts to reprogram these processes are often addressed to infrastructures than to people — leaving their personnel to adjust as well they may, sometimes not particularly well, to these ‘objective’ exigencies.  Impact investing embraces these challenges as opportunities.

In the case of SIBs, if the desired social results are not achieved, investors lose all of their investment.  More generally, challenges of mixing profit and social motives explicitly include:

Because of these, impact investing has not become prevalent and is limited to high net worth individuals and a few institutions aiming for Corporate Social Responsibility.

However, the benefits of impact investing are tantalizing. In the case of SIBs, the grantor pays for only programs that work.  This result-oriented approach avoids the ‘black hole’ where fetching funding potentially trumps addressing actual impact on ground realities of the target population. This benefit can potentially be felt to a gigantic magnitude if aid to developing countries becomes structured in this way, for example, aid is only provided when social objectives have been achieved instead of bolstering corrupt politicians and potentially making limited impact to the target population.  Early intervention on ineffective initiatives can potentially save huge amounts of human capital and prevent multitudes of social problems that can potentially arise in the future. The vigorous evaluation and transparency improves the rate of learning which is crucial for today’s fast moving dynamic society, leading to more effective initiatives in the future. 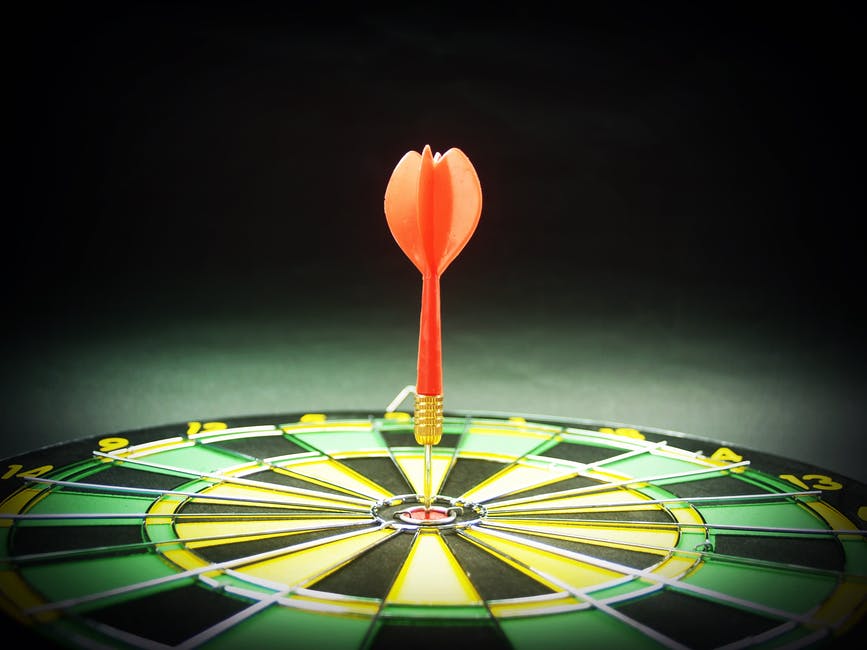 Property and Casualty and impact investing

Impact investing presents challenges and opportunities in P & C insurance. Investment income has rock bottomed in recent years due to very low interest rates and insurance companies, among others, are actively seeking to diversify to alternative investments such as impact investing in pursuit of higher returns. However, specific challenges for P & C insurers include:

P &C insurers may consider discussing their investment interests with financial institutions focused on impact investing. These institutions can help tailor investments with objectives of the company in mind and within constraints of impact investing.   However, much more capital can be infused in impact investing from traditional private equity firms because they are more experienced in subjectivity, loss of all principal, lack of trading, and other drawbacks that make SIB less friendly for consumer or commercial investments.  Aside from investment banks and private equity firms, multinational insurers, and global Reinsurers can potentially provide initiative and funding to launch a number of other SIBs.  Reinsurers in particular have a reputation of being bearers of innovation (Aon Benfield; September 2010; reinsurance supported innovation), and it should not be any different for SIBs and impact investing.

The success in practice of SIBs as a tool for achieving better social outcomes in a cost-effective manner has yet to be fully validated. Specifically, SIBs have not been around for long enough to assess whether the results will justify the high expectations of their promoters. But enough has been learnt about their complexities to inform those who are following the leading countries.  For example, lessons drawn for the development of the SIB market in New Zealand (Investing for success; Jensa Jeram and Bryce Wilkinson; New Zealand Initiative) include the importance of incorporating political risks into contractual arrangements; preventing political or bureaucratic risk aversion (the fear that a pilot SIB might fail or cause embarrassment) from unduly stifling delivery freedom; avoiding monitoring regimes that impose burdens on service providers that unduly impair their capacity to achieve performance targets; and ensuring that government laws and regulations do not unnecessarily inhibit the development of private initiatives to develop SIBs independently of government.  As SIBs and other impact investment avenues evolve based on these lessons learned, they are likely to become an increasingly attractive investment option for investors including insurers.

Syed Danish Ali is Deputy Manager Actuarial at Allianz Efu Health Insurance Company and an expert futurist at TechCast Global. Previously, he has 7 years’ experience as senior consultant in a leading actuarial consultancy in the Middle East and South Asia. He is also a graduate of University of London in Sociology and Career ambassador of Institute and Faculty of Actuaries (IFoA UK). He has more than 165 publications across a range of international platforms and is a regular contributor to various research activities in IFoA, CAS, SOA and International Actuarial Association including the ASTIN journal. His non-actuarial publications include articles in Data Science, Banking, Quantitative Finance, International Relations & Foreign Policy, Astrophysics, Philosophy and Sociology. He can be contacted at sd.ali90@ymail.com

Limit
The most money the insurance company will pay you.
Bond (Surety Bond)
A promise that the insurance company will pay somebody else if you fail to do something you promised to do.
Health Insurance
A promise to pay for most of your doctor and hospital if you get sick.
CAT (Catastrophe)
Something very big breaking the houses and businesses of a lot of people at the same time.
Reinsurance
Insurance for insurance companies.
Agency
The company the agent works for.
Policy
A written paper that explains in long words the promise you have bought from the company and what is covered or not covered.
Risk
Chance of something changing either for better or worse.
Insurance
Paying a company a little money for the promise they will pay a lot of money for things we break or lose without meaning to.