Another ITC come and gone. This year was my 4th year in attendance (2017-2019, 2022). It was also my third time attending with a different badge/title around my neck–first as a member of the press, second as an employee of a reinsurer/investor, and this one as an independent advisor/consultant. 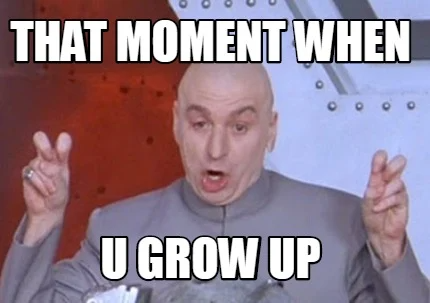 It has taken me a few days to fully process my thoughts post-conference (a few days added on in Vegas for a friend’s 40th birthday didn’t help!).

This post reflects on my thoughts of the evolution of the conference, specific observations from this year’s event, and how these mirror the maturation of insurtech as a whole.

I, (as many others), showed up to the conference mere hours after the tragic shooting at Mandalay Bay. We didn’t really know if we should still be having a conference given the circumstances, but we came together as a community and carried on.

While there were close to 2,500 people at that conference (the largest I had been to at the time), I still remember a sense of tight community, with many new ideas and bright-eyed individuals.

Incumbents were excited to hear about new technologies impacting the insurance value chain.

Founders were excited about new ideas and tackling a trillion-dollar industry that consumers disliked.

Investors had massive checkbooks and were funding startups based on a pitch deck. The pre-conference workshops were just that: workshops.

People were excited to see drones flying around the expo hall.

In 2022, everything just felt… large, and mature

ITC started in 2016, around the same time that the term insurtech became more mainstream (2014/2015). At the time, there was a lot of unknowns, fanfare, and excitement.

Today, there are still many unknowns, fanfare, and excitement. However, there are also several more individuals, companies and technologies that have matured and grown to a level that make insurtech more of a ‘household name’ than before. This was evident in the fact that there was clearly an ‘old’ and ‘new’ guard at the event (across startup, incumbent and investor), with the old guard reuniting with friends and the new guard trying to figure out how to navigate it all.

Insurance has been around for a long time and will continue to be around for a lot longer. We are going to continue to provide coverage for individuals for the things they value most. We will use data to target them, underwrite them, help them mitigate/prevent claims, and then to help them process that claim when it happens.

The way in which we do it, and the tools, technology and people trying to tackle these problems will continue to evolve and mature. The future is bright and there are tons of inspired and exciting individuals who are eager to fine-tune insurance products now and for years to come. This can only mean more impact and better results for the people who matter most in our industry – our policyholders and their beneficiaries!

Stephen Goldstein is a multi-disciplined, global insurance executive with experience working on three continents and eight countries. He has held roles in direct sales, sales management, market entry, risk management, advising and investing in startups and reinsurance. Stephen currently serves as an Advisor for two insurtechs, ProNavigator and Finaeo, and consults with insurance carriers and insurtechs on growing revenue, launching go to market initiatives and accelerating innovation adoption.

Reinsurance
Insurance for insurance companies.
Risk Management
The way we study how things can go wrong and try to lower the chances that they will go wrong.
Carrier (Insurer)
A company who promised to pay for big things you break or lose if you pay them a little money before it happened.
Claim
Asking somebody else to pay when something breaks or is lost.
Risk
Chance of something changing either for better or worse.
Insurance
Paying a company a little money for the promise they will pay a lot of money for things we break or lose without meaning to.