You’ve been keeping in contact with a recruiter or hiring manager at a company you really think would be a great fit for you, and after months they have finally called you to let you know that your dream job is available and they want you to apply! Fantastic, congrats!

However, when you open the job description they emailed you, it’s not exactly the job you’ve been discussing with them but a lower level job that would require a promotion to be the job you want. For example, you are currently a claims adjuster and you have your heart set on becoming an underwriter. The company you’ve been interested in tells you they have an underwriter position available that they think you’d be GREAT for. When they send you the position it turns out it’s actually for an Underwriting Assistant role rather than a full-on Underwriter. But that’s not the role that you’re interested in and that they mentioned on the phone! What gives? 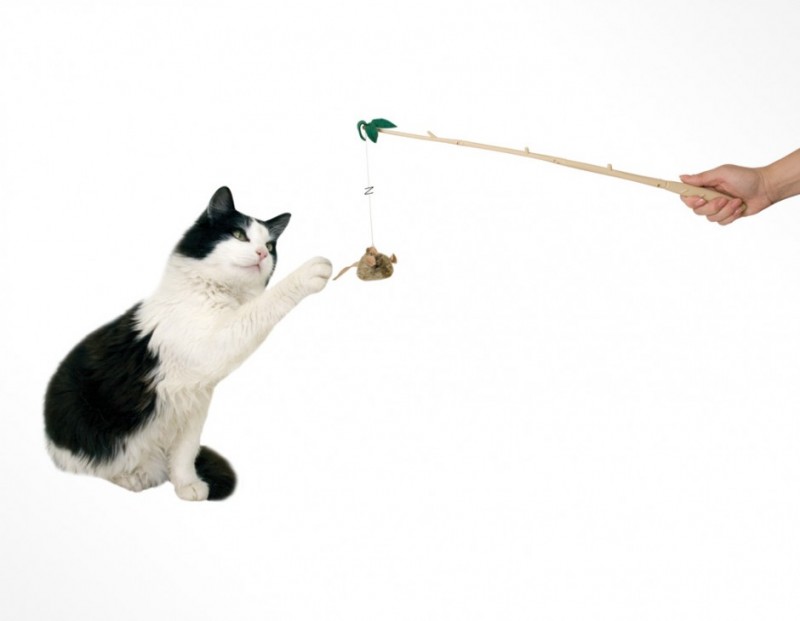 You call the recruiter and tell him you think he sent you the wrong job description, and he explains that “everybody starts as an Underwriter Assistant, at least for a few months. It allows you to learn the system and how the company works, before jumping in as a full underwriter. Don’t worry, it’ll only be a few months.” You had been so excited after the original call that you had already told your spouse and your friends about the role, you can’t back out now! I’m sorry my friend, but you have just been a victim of The Dangle!

A dangle is a situation where you think you are competing for one job, but you’re really being considered for another, lower-level role. You have to be extremely careful with how you proceed or you could find yourself in the wrong role with no short-term way out. I’m not saying that they lied to you – maybe it is true that all Underwriters start as UA’s, or that all managers start as supervisors first. However, unless they’re willing to put the second job in writing, you MUST analyze the offer based on the role that they are offering you, not on any future roles that they have implied  you will get, regardless of how sure they are that you’re getting the promotion “in just a few months.”

Let’s dig into an example. Mary has two years of claims experience, an AIC and an AU. She specifically got her AU in order to move from claims to underwriting, where she thinks she’ll enjoy the job more and have more opportunities for growth. She has been having conversations with a hiring manager at Awesome State Mutual, a small mutual carrier in an area she’d love to live in, where she thinks she’d be a great fit. Finally, she gets a call from the hiring manager who excitedly tells her “Mary, I have the perfect role for you to finally become an underwriter for us. Are you interested?” Of course Mary is interested and this conversation goes really well. She tells her boyfriend and friends about the role, and how she’s put in so much groundwork into having a good relationship with this hiring manager and getting herself educated to become an underwriter that she’s confident she just needs to do OK on the interview and she’ll get a good offer.

After two days, the hiring manager emails her a job description for an Underwriting Assistant role and includes a couple of dates and time options for her interview. Mary is very confused and calls the hiring manager to ask if she’s been sent the wrong job description. The hiring manager tells her “Oh, I’m sorry, we start everybody as an Underwriting Assistant and in a few months, we’d go ahead and move you to a full Underwriter role. It’s just the way the company operates. You’re still interested in interviewing next Monday, right?”

Mary is concerned, but she doesn’t want to lose the opportunity, especially after she already told all her friends. So, she goes through with the interview. During the interview most of the conversation is about how awesome of an Underwriter she will be and a couple of days later she gets an offer – for the Underwriting Assistant role paying about 25% less than the underwriting role she really wants pays. She’s also verbally told that “it’ll only be a few months and we’ll promote you to being a full underwriter”. What is Mary to do?

She’s very excited to work for this company and she’s very tempted to accept the role. After all, they’re telling her she’ll be an Underwriter in just a few months. What could possibly go wrong? I’m not saying that accepting the role is without question the wrong career move, but Mary does need to dig into it a little further and think carefully through the decision. First, she should call and ask for them to include the upcoming promotion to underwriter, with a defined timeline and salary, in her written offer letter. After all, if it’s so set in stone that it’ll be “in just a few months” why wouldn’t the company put it in writing?

If they are willing to put it in writing, then it’s very simple: How does the offer for the Underwriter job you’ll get in a few months meet your needs? Can you make ends meet for a few months while you’re in what’s essentially a trainee role? If the answers are yes to both of those questions, she should go ahead and accept the role.

If for whatever reason the company is unwilling to put the timed promotion in writing, then she must analyze the offer as if no promotion is guaranteed, since quite literally, no promotion is guaranteed. She must be careful to take the Underwriter role out of her mind since ultimately that is not the role she is accepting or declining. She also needs to analyze the offer based on the salary she would get today, not the salary she would wait when she finally got the promotion. Once she has carefully analyzed and negotiated, the offer based on the job she’s actually being offered, she can go ahead and decide, but NEVER make a decision based on a dangle since it is nothing more than an illusion. A promise that is not on paper is simply a promise that no one is bound by.

I’m going to close with a few examples of dangles that you might see in the insurance industry:

-You are an accountant but we’ll start you in the customer service department because we don’t currently have an opening in accounting, but as soon as we do we’ll move you over.

-You are seeking your first manager level role, preferably in underwriting, and we’d love to make you a manager, but we need you to put in 6 months as an underwriter first so you see what the company is like and learn our systems before we’ll give you a team to manage

-You are seeking a field claims adjuster role and we’d love to put you on the field, but everybody starts in-office at least for few months

For much more info on The Dangle and how to handle it listen to this awesome podcast at Manager Tools.

1 thought on “Don’t Fall for the Dangle”

Mutual
An insurance company owned by all of the people who they have sold promises to.
Underwriter
The person who decides to accept or not accept your offer to pay a company for the promise that they will pay for things you break or lose.
Carrier (Insurer)
A company who promised to pay for big things you break or lose if you pay them a little money before it happened.
Insurance
Paying a company a little money for the promise they will pay a lot of money for things we break or lose without meaning to.