I got off my bike yesterday after a horrendous ride on Bermuda’s south shore—rain and wind gusts above 60 mph. Thankfully, inspiration is born of adversity, and I decided… 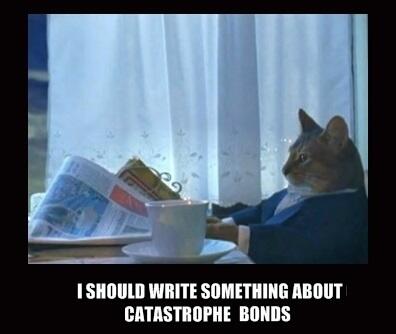 As the sole human responsible for @catbondcat —as if anyone could be responsible for him (I’m the total Tomcat)—I’ve had the unique opportunity to learn alongside this feline on Twitter for the past five years. During that time, the insurance-linked securities (ILS) market has grown rapidly, ultimately resulting last year in more than $10 billion in original issuance. Although good fun, there is some wisdom inside the cat memes that have been known to pop up on the Internet from time to time (usually when I’m waiting in line at an airport).

So, what does the greatest cat in the global reinsurance industry have to teach us? Let’s take a look at some of the best on offer. You don’t get a catastrophe bond to market without a bit of modeling first (am I right, @AIRWorldwide?). And if we’ve learned anything from the past six months, it’s that catastrophe losses can add up pretty quickly. In the industry loss warranty (ILW) market over the past couple years, aggregates have become pretty common. Unlike instruments that pay out if a single event reaches a particular PCS®-designated threshold, an aggregate involves the possibility that several events combined could result in a claim. Usually, an event has to reach a minimum size according to PCS in order to qualify for inclusion toward the aggregate (that’s called a franchise deductible). Last year’s catastrophe activity in the United States showed the value of aggregate ILW protection, and it’ll be interesting to see how that influences the June 1, 2018, reinsurance renewal. When it comes to triggering, the conversation starts with two numbers: attachment point and exhaustion point. The former is where a catastrophe bond starts to pay out, and the latter is when it finishes. When a catastrophe bond reaches its exhaustion point, there’s no capital left in the special purpose vehicle (SPV), and the bond goes into default. I know that “default” sounds like a pretty ugly term, but in this case, keep in mind that it’s what a catastrophe bond is designed to do. Default means that the instrument worked as intended.

While that vehicle may be pretty special, in the reinsurance market an SPV is an insurer set up to do two things: provide reinsurance protection to the sponsor (the company setting up the catastrophe bond) and issue the notes that investors buy (by which they provide capital to the transaction). Of course, if it’s pure shark risk you’re worried about (rather than the shark/cat clash scenario), you’ll want to take a look at this . 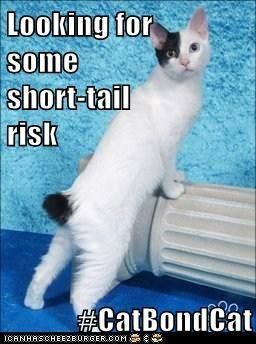 Historically, the catastrophe bond market has focused on (unsurprisingly) catastrophe risk. Investors have preferred short-tail lines of business because the deals are collateralized. For longer-tail lines (like casualty), there’s the risk that their collateral could be tied up for years as they wait to see if the instrument will trigger. That situation would create a “cash drag.” Since the cash would be tied up, the fund wouldn’t be able to invest it and get a return on it. As a result, that brings the fund’s overall performance down. Think about an ILS fund with $100 million (oversimplified example to help clarify things). Let’s say that $50 million is trapped in a transaction that may trigger—but it’s going to take some time. And then assume that the other $50 million is free to invest, and the fund gets 6 percent on it. So, 6 percent of $50 million is $3 million. But that $3 million gain needs to come in the context of $100 million in assets under management. Because there’s $50 million in trapped collateral , the fund is only generating a 3 percent return for investors.

Sometimes, innovative structures can help new risk come into the ILS market, particularly when it comes to dealing with the tail. In marine, some trades involved a “cat in a box” trigger. Cat in a box involves specifying a geographic area of coverage. When a storm of a given magnitude (for example, a Category 3 hurricane) moves through the “box” and causes damage, the instrument pays out. This use of a parametric trigger does bring basis risk into the transaction, which means effective modeling is crucial to the relevance of the cover. Speaking of basis risk, industry loss index triggers involve some, but I’m biased. PCS provides the data for more than 70 percent of the ILW market and more than 90 percent of the data for industry loss triggers in the catastrophe bond space. Sponsors use industry loss index triggers to protect proprietary information (this could become particularly important for cyber ILWs), secure faster or less expensive protection, and get protection on a large or complex book of business. In 2017, more than $5 billion in original catastrophe bond issuance used the PCS Catastrophe Loss Index . As the ILS market has matured, catastrophe bonds have been structured in ways that can make them more appealing to investors. One idea is to use a mix of perils and regions to provide diversification benefits. Perhaps the most interesting idea is to use both Northern and Southern Hemisphere risks. Some transactions, for example, cover tropical cyclone for North American and Australia. During the U.S. hurricane season, the bond is considered “on risk,” in that tropical storms are most likely to occur during this period, which could trigger the bond. When a bond is on risk, trading in the secondary market reflects the fact that storms could occur. For a U.S.-only catastrophe bond, there would be little risk after hurricane season. However, that’s when Australia comes on risk. So, with both regions, there’s more reason for trading activity throughout the entire year.

Soft market conditions brought in other risks that could occur year-round. The inclusion of unmodeled risks was a major step for the market. 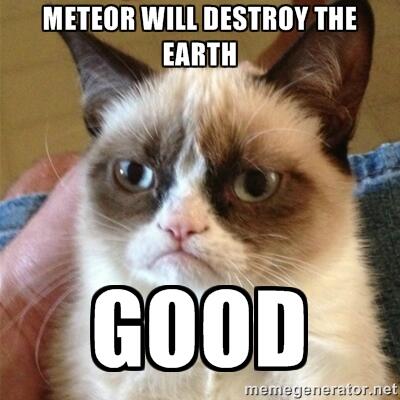 Meteor and volcano are among the unmodeled risks that have begun to appear more frequently in catastrophe bonds. The challenge is to make sure that the premium is sufficient to cover these unmodeled risks. Because, after all, ILS investors are looking for returns. 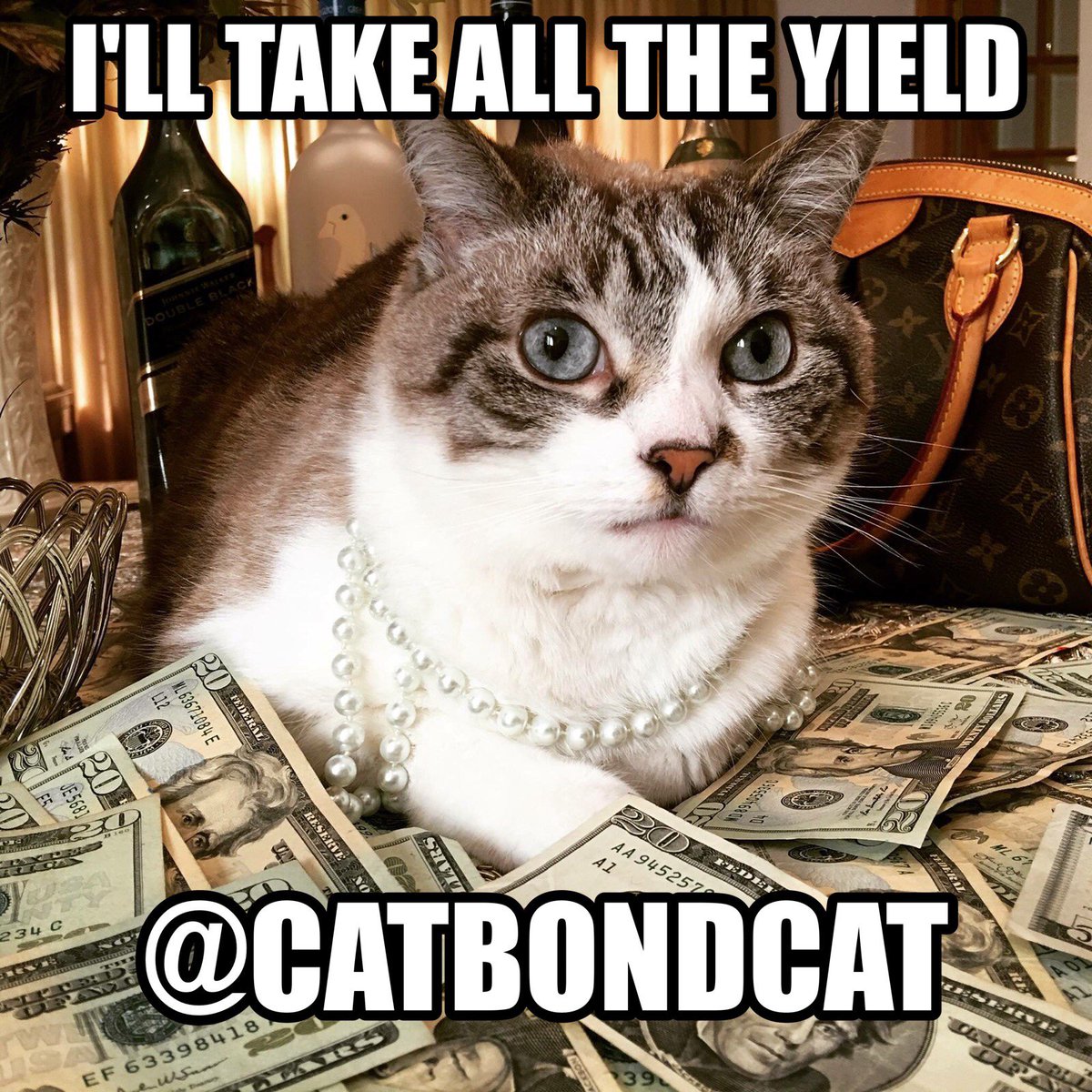