Have you seen the movie Pay It Forward? It was released back in 2000 starring Kevin Spacey, Haley Jo Osment and Helen Hunt. Osment’s character is challenged by his teacher to devise a plan to change society for the better. He helps three people, telling them instead of paying him back; they must pay it forward by helping three other people.

You’ve likely heard it several times, that achieving CPCU is just the beginning. I know that was true for me. I knew I wanted to pay it forward for all the help and support I received during my own CPCU journey. It’s extremely rewarding to help someone else achieve such an awesome honor that they will carry for the rest of their career.

To know why I’m writing this, I need to share my CPCU journey. It took me about three and a half years to finish CPCU, and I had 6 of the 8 required courses to complete. I started the courses as I had for many others, as self-study. When I got to 520, I failed 2 attempts at the exam. I’ll be honest that I wanted to quit. A supervisor helped me realize that I was actually almost halfway done if I passed 520. I reached out to a few of my co-workers and learned about the Dairyland CPCU Society Chapter. They put me in touch with one of their instructors.  She went out of her way to mentor me through the course. She met with me in person several times and made herself available via email and phone for my questions. She was confident I could pass the exam from the work I had done and the grade reports I received from my non-pass attempts. I passed the third attempt and kept on going. I learned that the Dairyland chapter has instructors that teach all of the foundation CPCU courses and most or all of the AINS, AU and AIC courses!  I jumped at the chance to take 530 and 540 with instructors which made a world of difference when I sat for the exams. I don’t remember when I discovered the CPCU Candidates Facebook board but I really appreciated those that had already achieved the designation and stayed on the board to encourage the candidates. I also don’t remember when I “met” Tony through the Facebook group, but his advice was so helpful. I also found a fellow Twitter user who also started encouraging me and checking in on my progress. I passed the last CPCU exam September 13, 2014.  I know for sure that the support from several sources (family, friends, co-workers, instructors, other candidates and those that had already earned the designation) were the difference that helped me to persevere to finish the designation courses.

I attended the 2015 CPCU Society Annual Meeting in Indianapolis on October 3, 2015. That’s over a year after I passed the last exam! I was so excited to celebrate my conferment, to attend all three days of sessions, and also to finally meet up with my CPCU friends. It was so important and therefore rewarding to meet them and thank them for their support!  After talking to so many new people including the Dairyland Chapter president, I knew I wanted to get involved when I got home. I also knew I wanted to stay on the Facebook board to support others working towards the designation. Back at work, I sent emails to all the managers to let them know if anyone had interest in starting any of courses from The Institutes, they could direct them to me. I kept a catalog at my desk, and made myself an unofficial subject matter expert. I was already a SME on other topics for training new employees, so I’d sneak in a super brief promo for myself if anyone wanted to know more about insurance courses. I got to celebrate some co-workers who passed exams, and I gave hugs and support to any that saw the dreaded non-pass. I also forwarded articles from InsNerds.com and The Institutes about other people who had seen the non-pass.

After over 15 years at the same employer, I accepted a job offer to a different company. After a few weeks at the new job, I learned that several of my new co-workers were working on their last CPCU class and hoping to attend the ceremony in Hawaii. I was asked to write a short introduction of myself for the company newsletters and took the opportunity to promote myself as a CPCU “resource.” One of my new co-workers came to my desk one day to ask me about my experience with 540. He had last attempted the exam over 5 years prior and knew there were changes since then. He has over 25 years of service with the company and I really wanted to help him finish CPCU.  I told him about how the exams had changed to objective multiple choice, which it still necessitated a great deal of study time. It became an almost daily visit between us and he’d update me on his progress in the course book. I would try to give him new tips whenever we talked and encouraged him not to put down his books until the exam. It was end of March and he still hadn’t set up a time to take the exam. I made it my personal mission to urge him almost every day to set up his exam date because he knew he wanted to attend the Hawaii conferment. He passed the exam on June 2nd! There were 5 new designees from the company and all were attending the conferment. Now I wasn’t just excited to meet up with friends from Indy last year, but I would also be able to attend the conferment and celebrate these 5 co-workers as new designees.

Those of us that have earned or are working to earn the designation know the blood, sweat and tears that go into all the studying, all the exams that you have to sit through. I’m positive we’ll all never forget the moment when you’re done with the exam but terrified to hit the submit button, (or what I call the “point of no return” button,) and wait for that screen to see those four magic letters: P-A-S-S!  I’m continuously amazed by those that have full work schedules, children, other responsibilities that demand their time, or those that battle health and personal issues, and they still earn the designation. I feel a new sense of responsibility to seek out those that are working for it to support and encourage them. If I hadn’t reached out like I did when I failed 520 twice, I don’t know if someone would have given me the guidance and encouragement I needed. I don’t know if I would have tried the exam a third time. I continue to chime on the Facebook group and urge other candidates to seek out their local chapter, and I don’t know if others even know that they can get help from their local chapter, even though they don’t have the designation yet.  While I have high enthusiasm for meeting new designees, hearing their stories and encouraging them to stay involved, I want to find the candidates and help and support them while they finish their courses. I have a genuine passion and desire to seek out CPCU candidates and encourage them as well as new designees and applaud them! 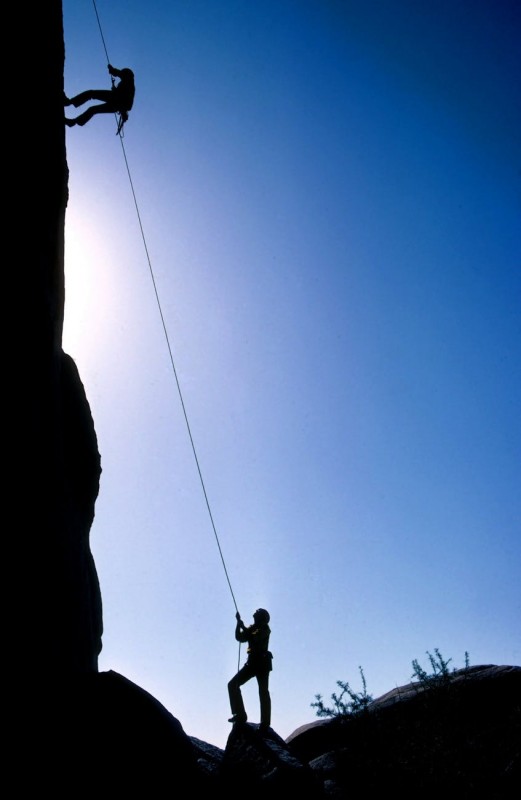 Melissa began her insurance career in 2001 at General Casualty Insurance (now known as QBE North America.) Her mom wisely told her to apply for a temp-to-hire position in the Commercial Lines processing unit and the rest is history. She is a very proud graduate of Wisconsin Lutheran College, earning B.A. in Communications in 2000. (She’s not kidding; her license plates say WLC GRAD.) She’s a proud CheeseHead; she’s lived in Madison, WI almost her whole life with the exception of the four years at WLC. Since her start at GC/QBE, she’s earned AINS, AU, AIC, CPCU and AIC-M designations and attended the Indianapolis and Hawaii CPCU Society annual meetings. She has worked in both underwriting and claims, and in both Commercial and Personal lines. She currently works as an underwriting consultant at Wisconsin Reinsurance Corporation. After meeting Tony and Carly in Indianapolis in 2015, Melissa was motivated to get involved with her local CPCU Society chapter and she is a director on the board.

A CPCU instructor went out of his way to help Melissa after she non-passed a test twice and helped her finish. Now she pays it forward by encouraging others to pursue CPCU. Be like Melissa, it's very rewarding and you're changing lives.

Reinsurance
Insurance for insurance companies.
License (Insurance License)
A paper that allows a person to sell insurance.
Insurance
Paying a company a little money for the promise they will pay a lot of money for things we break or lose without meaning to.