There are many things that, to borrow a current phrase, I must ‘own’ that have had a detrimental effect to my career in the insurance industry. There are probably too many to mention in this article, but off the top of my now-baldy Gen X head, I’d say sporting a ponytail as a 30-something while working in a conservative industry, for a conservative company, in a conservative part of the United States was one of those things. In my defense all I can say is that it felt right at the time; I felt like I needed to do it. I’d had long hair in my teens and significant parts of my 20s, too, so I grew my hair out in my 30s and probably put my career back at least 3 years.

Long hair was apparently a big no no in my company, despite it not contravening any ‘appropriate work appearance/attire’ rules (in saying that, technically you could wear a clown’s outfit and not be breaking the rules). Rules are there to be broken – except in the insurance industry. So yeah technically permitted but mostly frowned upon. No one ever said anything per se, however the askance looks from my boss, as well as the management team he reported up to said enough. “Conform! Be like us! Report to Sportclips for reprogramming!” Additionally, a long time after the fact I found out that 2 people had actually made a formal complaint about my hair. That blew me – and my hair – away.

If I could have a do-over for that period of my life, I’d *probably*choose to keep my hair short. I’d select the do-over and reject the comb-over. I’m just glad Instagram wasn’t popular back then.

In retrospect of course, it was a foolish thing to do but hey, doesn’t everyone have those sorts of data points scattered throughout their life? They should probably be closer to the start of your working career than the middle or end but we’re all different. The world will still spin, the sun will still rise tomorrow regardless of the individual decisions you make. And for the most part, no one really cares. 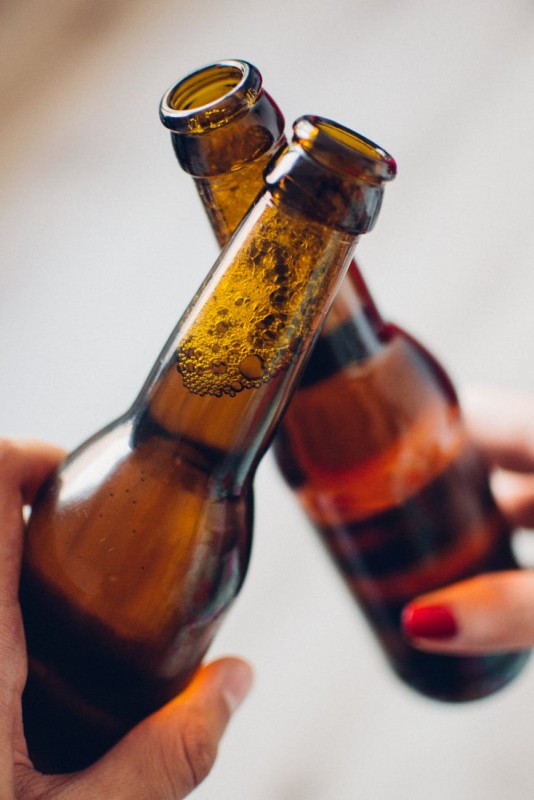 One decision that I’m happy to own, and talk about, is teetotalism (abstinence from alcohol). I don’t drink alcohol, and haven’t in many, many years. There’s no secret as to why: it was harmful to me. I come from a country – Scotland – that sees some of the highest rates of alcohol-related issues in the world. If I was being flippant I’d say the Scots’ love of alcohol is a crutch to get them through the long, dark winters and the excessive cold but that’d just be a smokescreen; a way to deflect from the issue. In reality, it’s more likely a cultural thing; the Scots, like the Irish, are brought up to drink. So much so that if you don’t drink, you’ll spend a significant amount of your time explaining why this is the case.

Back to Corporate America, though. If you’re not prepared to throw one back with the tonsorially-acceptable boys from the office, be prepared not to move forward with your career. It’s a choice you have to make. As sad as it sounds, if you don’t drink, you may be viewed as weak, circumspect and perhaps even untrustworthy (as well as not drinking, I don’t play golf, despite spending a significant chunk of my childhood in St Andrews; I’m therefore one of the 17 people from Scotland that neither drinks nor golfs. I’ve thus found myself doubly not trusted at times).

What to do with this vexing situation? You do have options:

An Australian study by the National Medical Research Council indicated that drinking sessions including more than two standard drinks a day increase various lifetime risks associated with alcohol. The two groups at an increased risk are aged 18-25 and 60-plus. These groups are at a greater risk due to the accidents and injuries associated with alcohol, which are largely underplayed in the social discourse. Alcohol also impacts brain development in those aged 18-25, and brain function for those aged 60-plus.

A recent study by the JMIR Mental Health journal estimates that even moderate alcohol consumption – such as 2 glasses of wine fercryingoutloud – reduces your sleep quality by almost a quarter! In short, drinking more than a couple of drinks every so often is not good for you. It’s a choice, though.

For most of us in the insurance industry or any other business milieu, you’ll find that people just want to talk and alcohol is the social lubricant that aids the after-hours chat, especially with strangers. It’s a conversation catalyst. Attending a social business event can be awkward. Often your opening ice-breaker comment is about someone’s drink. But the end goal is to talk to people. Perhaps ask how they’re enjoying the event.

Getting wasted will typically have finite limits; those limitations could be bounded by your body, your checking account, your lifestyle or some other external factor. Eventually you have to look in the mirror and decide when, rather than if you’re ready to make a change. You de facto will make a change. Even my country of origin finally faced its own demons and recently introduced minimum alcohol pricing and, in doing do, became the first country in the world to have it. They’re trying, you know?  You have to as well. That life is not sustainable. Maybe you’ll be missing a great story from the recent Business Developers get-together, but that’s preferable to missing the last 4 hours of the evening from your memory.

As you age, the cost of drinking increases. You could argue that if you didn’t drink, you’d end up blowing that $70 somewhere else and I don’t disagree. The cost, though, isn’t so much financial, but more an opportunity cost. For me, a heavy session on a Saturday evening would inevitably lead me to writing off most of Sunday with a view to coming up smiling Monday morning. It just wasn’t worth it any more.

I’m not some Temperance Movement evangelist; do what you like. You own your destiny. My point is that unless moderation is applied, the train runs out of track at some point. Plan to get off at a stop before that happens.

Note from the other Tony: For our younger readers I just want to take a moment to say that in my experience in the industry, drinking is not nearly as bad as the stories we hear from some of our coworkers who have been around for longer. Drinking culture varies a lot company to company but you can usually get away with ordering a drink at the beginning of the evening and either nurturing it the whole night or discretely continuing to drink something that looks alcoholic but is not, like ginger ale on the rocks. Now, as to men sporting long-hair in our conservative industry, that’s probably not recommended! Do what I tell you to do, not what I do 😛

Risk
Chance of something changing either for better or worse.
Insurance
Paying a company a little money for the promise they will pay a lot of money for things we break or lose without meaning to.