This is the fifth in a multi-part series on the effects of the ongoing legalization of marijuana in the worker’s compensation insurance ecosystem. In case you missed them here’s part one, part two, part three & part four. This series is being ran in preparation for a panel on “Legalization of Marijuana and the Impaired Workforce” that the author is moderating at the AmComp Fall Conference in NYC on November 8, 2018. Opinions expressed are those of the author and are not necessarily held by the author’s employer or AmComp. Insurance Nerds readers can save 0 on registering for AmComp with discount code AMCOMPNERDS.

Even though medical marijuana is legally available in many states, legislative decisions on alternative payer responsibility, specifically WC insurers, has remained somewhat of a gray area.  Insurers and claims administrators have decided not to voluntarily cover marijuana in several states. Rather, patients seeking a marijuana benefit have needed to turn to the judicial/administrative system, which have often found claimants are entitled to marijuana coverage under their claim.  Medical networks, pharmacy benefit programs, and direct medical provider contracts that exist in in today’s workers’ compensation ecosystem do not apply to medical marijuana. Workers’ compensation claimants who are authorized to use the drug must pay out of pocket and be reimbursed by the insurance carrier, often at full retail price. As more and more states allow medical marijuana for workers’ compensation claimants, the magnitude of these full-cost reimbursements may explode.  Insurers may need to rethink the process by which they reimburse these claimants in order to achieve optimal cost-savings. There is a prime opportunity to establish preferred dispensaries and outlets for injured workers to fill the marijuana prescriptions for discounted average wholesale prices similar to those currently in place for federally legal controlled substances. 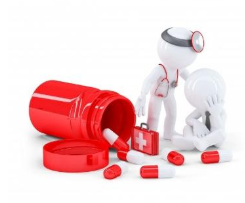 There are two different avenues that the industry can take in regards to building relationships with dispensaries.  The first is for insurers to create direct, contractual relationships with state licensed dispensaries. Insurers may be able to realize savings through discounted rates with these providers.  In theory, for now, claimants would still need to fill the prescriptions paying out-of-pocket, and then be reimbursed, as the carrier cannot make direct payments to dispensary due to illegality and banking constrictions.  In return for the discount, insurers can provide a guaranty of payments. In addition, they may get increased referrals from being on the insurer’s approved list of dispensaries. Given that the current medical marijuana business is state regulated, there are no true national organizations with whom the insurer can contract.  Instead, it will be a state-by-state, dispensary-by-dispensary approach. The most difficult component though is pricing. Prices in some states have been on a roller coaster lately due to an industry that is still working out supply and demand issues.

A second alternative is for pharmacy benefit management (PBM) providers to enter into, and control, the contractual relationship with marijuana providers.  Traditionally, patients are accustomed to filling their prescription at the counter of their local pharmacy. Scripts are filled, pharmacy benefit managers (PBM) act as intermediary, invoices are generated, and ultimately the carrier is billed for the cost of the medication.  The system works pretty well, and it allows claimants the ability to avoid out-of-pocket expenses, a foundational concept within workers’ compensation. With cannabis, the process works much differently. Currently, claimants must visit their local dispensary, pay for the product and submit receipts to the carrier for reimbursement.   At this time, this is the only method for patients to obtain medically prescribed marijuana. This method will likely lead to higher medical costs. Through these relationships, pharmacy benefit managers not only reduce costs for insurers, but can also provide greater access and safety for claimants. Claimants will have approved licensed facilities to fill their prescriptions and oversight by PBMs can ensure they are working with only credulous providers who have sound processes in place to ensure claimants get both appropriate and quality medication.  Pharmacy benefit managers can also work with marijuana dispensaries to implement home delivery services, encourage use of “generic” marijuana, and negotiate rebates seen in the more traditional model. According to research by Visante, PBMS are projected to save patients 30% on drug costs over the next 10 years. These companies are well-equipped to integrate medical providers into their networks to achieve similar cost of savings.

One issue preventing the establishment of contracts is that states have licensed very few dispensaries. There are no national chains like Walgreens or CVS.   In some areas, there may be only one dispensary within a 100-mile radius. This could certainly dissuade dispensaries from offering lower rates since they are already at an economic advantage.  However, in more urban areas, the competition increases which could cause marijuana providers to evaluate the return on investment for becoming the provider to the workers’ compensation community.  While the opportunity may still be several years away, stakeholders need to begin to evaluate the prospect these relationship will have on potential cost savings.

Brian Reardon is a Board Member of AmComp and AVP, WC Claims for Maiden Reinsurance. He will be moderating the upcoming panel session on “Legalization of Marijuana and the Impaired Workforce” at the AmComp Fall Conference in NYC on November 8, 2018. Opinions expressed are those of the author and are not necessarily held by the author’s employer or AmComp. Insurance Nerds readers can save 0 on registering for AmComp with discount code AMCOMPNERDS.