Do you remember the good old days? Back when it was easy to measure your team’s productivity by the number of cars in the parking lot. If you came in at 7:30 am, and the parking lot was full, things were probably flowing well. If you left at 5:30 pm, and the parking lot was still full, you could be certain it was a productive day. It made sense at the time; after all, with little to distract you in the office other than getting work done, being in the office was a good proxy for productivity. Furthermore, with few ways to get real work done when outside the office there really was no excuse to not put in long hours. Those who put in the long hours rose through the ranks and became the leaders of today.

But things changed. In the 90s the old paper inbox gave way to your outlook inbox, and pools of secretaries were replaced by a computer on every desk. In the 2000s laptops became common in and out of the office. In 2002 the Blackberry became the de rigueur tool of the managerial class, and in 2007, the birth of the iPhone finally allowed the individual contributor full time access to his emails anywhere he went. Eventually VPNs became popular and work-from-home days became the latest corporate perk.

Now, we truly find ourselves in a different world. We have the technology so that any company, almost regardless of size, can allow many of its employees to work from home and remain productive. At the same time, it’s easier than ever to spend ten hours in the office while accomplishing very little. Cat videos on YouTube and sports discussions on Facebook can easily consume a knowledge worker’s day, and it doesn’t even matter if they’re blocked on the company computer, they’re always available on his iPhone. A little finesse and discretion and a whole day can easily be wasted away with no productivity. On the other hand, not being in the office is no longer a tell-tale sign of a low productivity day.

The cars in the parking lot are simply no longer a good proxy, and if butt-in-seat time is still an important factor in your internal promotion strategy, you very well might be promoting the wrong people and overlooking the best people. In insurance, we don’t manufacture widgets, we make promises. We don’t fulfil orders, we deliver on our promises. In an almost-completely-intangible industry like ours where most people’s work revolves almost 100% around sending emails and completing tasks on a computer system there is little excuse to continue managing people as if their work requires physical presence in the office, or in the same state for that matter.

I’m not advocating you abjure your managerial oversight, you’re still responsible for your people getting the work done. What I am saying is that we must figure out ways to measure the amount and quality of our people’s work product, regardless of whether it’s done in the office, in Starbucks or while visiting family out-of-state.

Many doubters will immediately bring up IBM or Yahoo, who have recently reduced or killed their work from home policies. I would argue that other issues plagued IBM and Yahoo, in particular, that contributed to the failure of their work from home policies.  The reality of the matter is that the research is clear: employees who are location independent are happier, more engaged and more productive. Many end up working longer hours while also feeling better about their work. 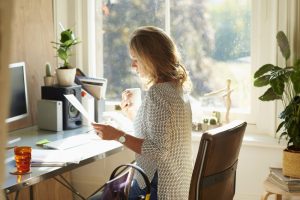 Like many things, this is also a generational matter. Many of the Baby Boomers who run our industry today feel most comfortable and productive in the office (not all of course), and assume that it’s the only way to get things done. The Gen Xers that follow them tend to be much more open minded to location independence but have never had the numbers to really flex their generational muscle to bring on the change, plus the technology to truly allow equal productivity away from the office only matured within the last decade. But, we have been invaded by Millennials who now make up 25% of our workforce, and that number is only going to grow. Millennials are much more demanding of flexibility and work-from-home opportunities, and the revolution is just getting started! By 2020 a full 50% of employees in the overall workforce will be Millennials, and by 2025, 75% will be either Millennials or Gen Zers who have had an iPhone surgically attached to their palms since before they had a driver’s license. Actually, many of them have chosen against getting a driver’s license, but you get the point. 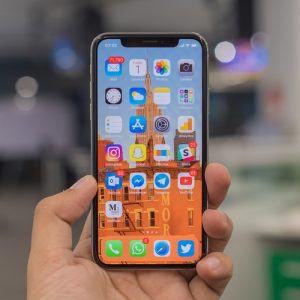 Gen Zers who went to Middle School with iPhone in hand proceeded to college where schools compounded the problem by creating many online classes to balance their budgets. The result is a generation that fully understands that intellectual work doesn’t need to be done in a specific physical location and expect the flexibility to work from wherever they want. Older Millennials like myself are thrilled to get one or two work-from-home days a week. Gen Zers simply don’t understand the need to be in the office other than for training and for specific meetings.

This transition won’t be easy. We must invest not only in ways to measure our remote people’s productivity but also to keep them engaged and help them feel part of the team. Are you up to the challenge? If you are not, your competitor will have a huge retention and recruiting advantage in the talent wars… This is not just hypothetical; The Hartford is leading by example. They have hired hundreds of positions as work-from-home and small commercial renewal underwriters are now almost exclusively work-from-home. The most telling story I have heard is of a new business small commercial underwriter requesting a “demotion” to doing only renewals, because he or she valued the flexibility more than the higher-level job title. If The Hartford gets good at it, the word is going to spread, and they’re going to have a long line of Millennials and Gen Zers from all over the country, who have never been to Connecticut, but are thrilled to be able to work from Austin, Madison or Nashville, or wherever they feel most comfortable at.

CAT (Catastrophe)
Something very big breaking the houses and businesses of a lot of people at the same time.
License (Insurance License)
A paper that allows a person to sell insurance.
Underwriter
The person who decides to accept or not accept your offer to pay a company for the promise that they will pay for things you break or lose.
Insurance
Paying a company a little money for the promise they will pay a lot of money for things we break or lose without meaning to.