I was a middling and – if you know me nowadays – as a surprisingly hirsute high school student in October 1987 and, as such, was not concerned in any way with the volatility in the worldwide value of stocks at the time. Had I been, then I’d probably have been a little worried. Especially on Monday, October 19th. Black Monday. The day stocks plummeted. As a result of this drop in value, commercial real estate, especially in NYC, was overpriced and underutilized for years afterwards.

In 1995 George Pataki became the 53rd Governor of New York on the back of a ‘cutting costs’ campaign, vowing, among other things, to privatize the World Trade Center from the Port Authority of New York and New Jersey and reduce vacancy rates therein – fallout from the 1987 crash. Selling the entire site was deemed too complex so instead a 99-year lease was created. A fellow named Larry Silverstein placed the highest bid but one (the higher bidder dropped out) and Silverstein thus found himself leasing WTC1, WTC2, WTC4 & WTC5 in July of 2001 (he already had WTC7). This was the first occasion in the history of the WTC complex that ownership had changed hands. 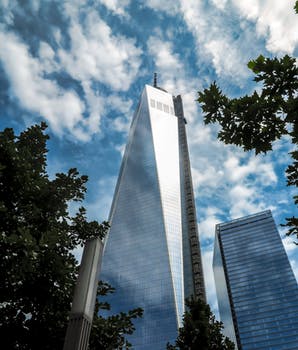 Six weeks later, the entire WTC complex was destroyed (WTCs 1 thru 7) during the terrorist attacks. All buildings were either totally destroyed or deemed constructive total losses. As part of the lease taken out in July 2001, Silverstein had obtained insurance for WTCs 1, 2, 4 & 5 that totaled around $3.5B should they be completely destroyed. Extremely lengthy litigation ensued for years afterwards regarding the insurance for the WTC complex. Many issues arose however, in simple terms, the largest single issue was whether the buildings being hit by United Airlines 175 and American Airlines Flight 11 constituted 1 or 2 occurrences.

This is important – very important. If it’s deemed 1 occurrence, then the insurance company (really multiple insurers and reinsurers in the case of 9/11) would pay the limit of their policy. However, if the 2 airplane hits were deemed separate occurrences – and you could argue it either way – then potentially the insurer may have to pay twice the limit of liability ($7B!!) as limits of liability are ‘per occurrence’.

So what happened in this case?

Occurrence can be defined as a single uninterrupted cause that results in multiple injuries or instances of property damage. When one cause is somehow interrupted by another, however, the “causal chain” is broken and more than one occurrence exists. Absent this break in causation, there can be but one occurrence. Accordingly, multiple losses that are completely indistinguishable in time and space, or that are “causally related,” are considered to have arisen from one occurrence.

Each of the multiple insurers that had WTC exposure had different definitions of occurrence. The fact pattern was atypical for claims of this type. This wasn’t the ‘continuous exposure’ type of claim (like crop spraying, asbestos, tainted blood, lead paint exposure etc- see Foust v Ranger Insurance or Fireman’s Fund Insurance Co v Scottsdale Insurance Co for 2 good examples of this type).

Mr. Silverstein’s lawyers argued that although many insurers had signed slips based on the one-occurrence form (known as “WilProp”), they were actually bound by a different form (“Travelers”), which does not define occurrence. The definition of occurrence in the WilProp form was fairly broad and included a series of events. Therefore, if the claim for the destroyed WTC complex was adjusted based on WilProp, Silverstein would get *only* $3.5B. Base it on Travelers and you could double that amount.

In the words of Vincent LaGuardia Gambini, there was no way this wasn’t going to trial. 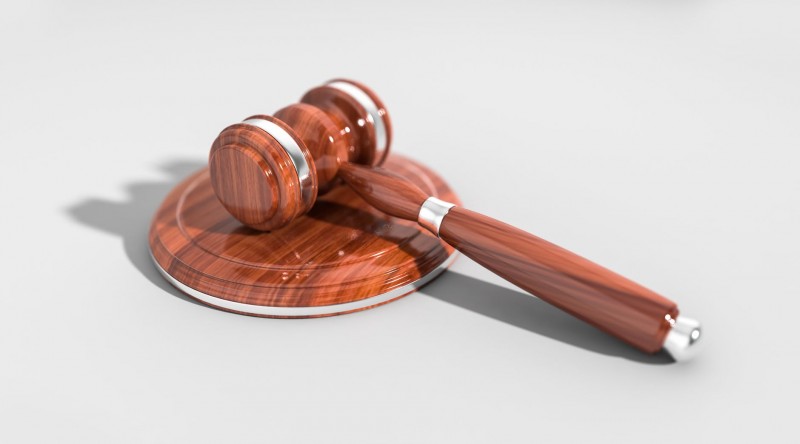 Mr Silverstein’s side claimed insurers had been told of the planned switch from WilProp to Travelers before the attacks, even if they did not read the new form or said they never received it. The insurers disagreed. “You cannot change the insurance contract after the loss,” quipped Jacques Dubois, chairman of the American arm of Swiss Re.

The jury, after two months of trying to work out who said what, who promised what or e-mailed what to whom, sided for the most part with the insurers. 10 were thus bound by the ‘one occurence’ limitation. However, it decided that three—Royal Indemnity (the local arm of Britain’s Royal & SunAlliance), Swiss-owned Zurich American and Twin City Fire Insurance—were bound by Travelers. A subsequent trial altered this decision, ensuring 9 insurers now faced ‘double indemnity’ payments based on the definition – or lack thereof – of the word occurrence. The total potential payout was eventually capped at $4.5B.

How is that even possible? One reason is that on a big policy such as that covering the World Trade Centre lots of insurers will share the risk. Bringing them all together is tricky enough for a broker, so details—even big ones such as making sure they all sign the same form—are often sorted out later. Incredibly, this is not out of the ordinary for large risks although things have tightened up in the subsequent period after the attacks.

Since the judgment, there’s been an increased commitment to the delivery of accurate and timely policies. Said another way, tight unambiguous contract language has become a high priority for buyers and brokers of insurance. As painful as it may be, folks, whether it’s for your personal auto, your stuff (as Lemonade calls it), or a set of buildings in Lower Manhattan, check the policy wording on the insurance you’re buying – or selling.

Limit
The most money the insurance company will pay you.
Litigation
When the company and the person can’t come to see eye to eye and let another person named by the state decide who is right and who is wrong. This burns a lot of money!
Broker (Agent)
The person who sells you the promise to pay for things you break or lose.
Contract
A written promise.
Policy
A written paper that explains in long words the promise you have bought from the company and what is covered or not covered.
Insurer
A company who promised to pay for big things you break or lose if you pay them a little money before it happened.
Claim
Asking somebody else to pay when something breaks or is lost.
Liability
When the law says you have to pay for breaking something.
Risk
Chance of something changing either for better or worse.
Insurance
Paying a company a little money for the promise they will pay a lot of money for things we break or lose without meaning to.