Adapted from Network Beyond Bias: Making Diversity a Competitive Advantage for Your Career

Earlier in 2018, I committed to out myself to over 50,000 people, almost entirely at once, as part of an education initiative at a Fortune 100 insurance company. In truth, I had made my decision nearly a year prior and was just waiting to be asked!

I don’t go out of my way to hide my sexual orientation. As a bisexual, though, the opposite is almost always true: I have to go so far out of my way to be seen that I typically don’t bother. After all, I’m a working mother, married to an amazing man. People assume I’m straight. Just as, if I were a working mother, married to an amazing woman, they would assume I was a lesbian. My identity as a bisexual is constant. My visibility as a member of the LGBTQ community is another matter. 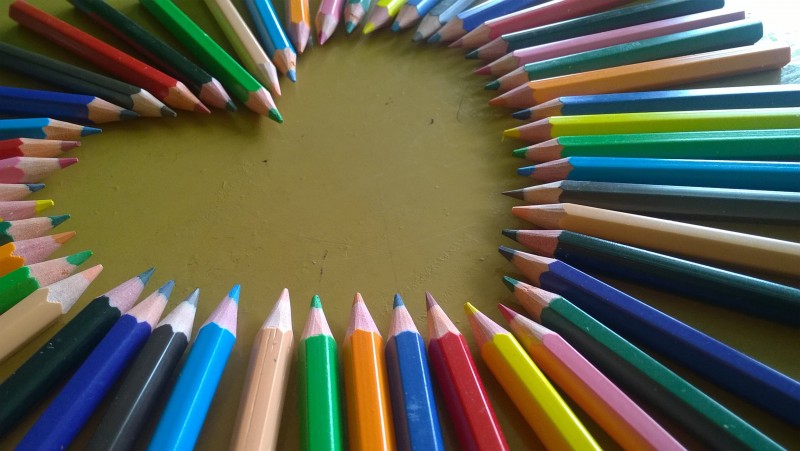 When my employer’s LGBTQ Employee Resource Group (ERG) launched, I got involved right away. I posted messages of support on the company intranet. I sent thank you notes to ERG and corporate leaders. Although the ERG’s focus at that time was concentrated on employees and events at the company’s headquarters, I kept showing up to meetings, pushing for more programs for the Midwest. As an Indianapolis-based employee, I felt we had a significant need for education, advocacy, and home office support. I became as involved as possible,  coordinating our first-ever entry in the Indy Pride parade (and our second-ever entry, for want of volunteer leaders). I attended ERG leadership meetings, planning events, and even a very fancy East Coast gala.

It wasn’t long before other ERG leaders complimented my “allyship.” Despite my passion and persistence, they didn’t see me as part of their tribe. I didn’t know if I should correct them or just say “thank you.” I felt like such a fraud as I struggled to be out at work – even within the Pride ERG!

To be fair, my experience with coming out as bisexual has always been a stressful one. Many gay men and lesbians have told me bisexuality doesn’t really exist. Many straight people have told me bisexuality is deviant and hedonistic. People, both gay and straight, tend to assume that I’m confused, attention-seeking, or “being political.” They ask awkward questions like, “So…how does that work, exactly?”

For those thinking this only happens in the Midwest, think again. I’ve had these conversations in Indiana, sure, but also in New York, Massachusetts, and California. In my personal life, as a working professional, and even at LGBTQ events, I am almost always compelled to address damaging stereotypes about my marital fidelity and mental health.

Many people tell me my identity is not relevant. Well-meaning people tell me I should keep it to myself, even when it feels dishonest to do so. I am told to step back into the closet, as though my identity and lived experience were shameful or imaginary.

But in April 2017, I attended the Out Women in Business conference, a one-day gathering of professional LGBTQ women and nonbinary individuals. This event triggered a turning point in my career. In one session, Out Leadership’s Stephanie Sandberg presented a “supermodel slideshow” in which she highlighted a series of lesbian and trans women business leaders around the world. Then she told us about Inga Beale, the CEO of Lloyd’s of London.

What got my attention was not that Ms. Beale and I worked in the same industry. It was the fact that she is an out, bisexual woman – who happens to be married to a man. In her experience, colleagues were more accepting of her after she married her husband than they were when she was in a prior relationship with a woman. Feeling that she should be accepted on her own terms, and not as a function of her partner’s gender at any point in time, she decided to be more visible. By forcing the conversation, she makes a conscious effort to shed some of her privilege. In doing so, she makes the world a little safer for people like me.

For the first time in my professional life, I had a role model for being honest about myself to others. It is hard to overstate the impact of seeing someone like me who made it. All the way to the CEO spot. In a conservative industry, no less! I resolved then that I would no longer “keep to myself” about who I am. Because I, too, want to make this journey easier for the next person, and the next, until we can all be easily seen. So when young people look for role models, they can see themselves in us.

(Pronouns: she/her/hers). As a leader, author, and entrepreneur, my passion is to help others develop their leadership skills and reach their full potential at work. I am the Founder and CEO of Lead at Any Level LLC, and the author of the forthcoming book Network Beyond Bias. I speak and write on leadership, diversity and inclusion, and career management.