Lately, I have been publishing posts related to the investment potential of various new #InsurTech startups based on a mental model that I process my hypotheses through. Briefly, for an #InsurTech startup to create significant returns for investors it must be able to create and capture significant value in one or more of the following areas: 1. Exposure, 2. Distribution, 3. Capital Utilization, and/or 4. Operations.

Just this past week, a digital homeowner insurer named Hippo (homesite) went live. Hippo is located and solely selling policies in California only. Coincidentally, I also came across Kin (homesite, article), a new homeowner startup based in Chicago but currently selling just in Florida. Of course, these two are following in the footsteps on Lemonade, who I have written about in the past. While Lemonade is technically an insurer, Hippo and Kin are not.  This will have some ramifications towards their potential returns.

This is the component that deals with insurance claims; past present and future. Companies or products looking to capture value here must be able to show the ability to reduce, prevent, quantify or economically transfer current or new risks or losses.

Based on this criteria, will these new digital homeowner plays be able to insure exposure in any meaningful way that is different and valuable as compared to current insurance offerings?

Lemonade wrote about how they are able to price less expensively by effectively reducing the standard margins that insurers get for renters insurance. They can charge less because of the economies their native digital backbone provides and also with technology that they believe will root out a lot of fraud that finds its way into the cost of claims and ultimately into premium. Otherwise, Lemonade’s coverage package is typical for a standard homeowners policy.

Hippo is modernizing the coverage limits on their policy form to match the lifestyles of millennials. Hippo also is making a play in the sensor space by giving away a water leak detection sensor with the idea that these sensors will stop water leak damage before they cause significant loss.

Both Hippo and Lemonade are attempting to create value at the exposure level for customers but in different ways. From an investor’s perspective, both strategies do not appear defensible in that if either company wished to copy the other, they probably could, especially in these early days. Lemonade has the charitable aspect that I have written about in the past which could be a differentiator in this space if it succeeds but at this time does not seem to be valuable to the business model.

Contrarily, Kin, does not seem to be bringing any differentiation to the exposure side of the equation.

(Note: I was writing this around the same time I was recording a podcast with Carly and Tony on the same topic. Tony cleverly brought up how digitally native insurers will have a much easier time integrating machine learning, AI, big data and social media into their platforms. I admittedly forgot about this and it is a key differentiator between digitally native companies and legacy insurers. BUT…as Carly pointed out in the podcast, what difference will it make if regulators put the brakes on it and don’t allow these technologies from being used in underwriting and pricing? Both make great points. One final point is that from an investment perspective, all of these digital companies ALL have this ability, so again the key will not be digital per se but differentiation and execution to create and capture that value that digital is expected to deliver)

The wave of digital native insurers are in essence distribution plays in my opinion. Kin’s co-founder Sean Harper was even quoted as saying: ‘ “Kin was started with the idea of making the process of buying homeowners insurance as simple as one click or a checked box,” said Harper.’ I believe all 3 companies (and the others in this space that are not mentioned but that are operating as auto, tenants and commercial insurers) are simplifying the buying process for insurance by using technology to make it really easy for customers to buy. Being the Amazon of insurance would be a very big deal and these digitally native insurers have a massive advantage by being born in that environment, unlike the legacy insurers who struggle to get out of their own way often. Their  selling processes even mirror one another. When I view their website, they all have a similar look and feel. They all claim to be able to deliver an insurance policy in a few minutes and I have yet to see any evidence that this is not the case. This is a major step up for insurance distribution and will deliver a ton of value to customers.

Yet from an investment perspective, can all these digital native insurers succeed? They do have a leg up in speed and efficiency as compared to analog carriers, but will that last? Can that advantage overcome the legacy branding or pricing advantage that a State Farm has in the market for instance?

From a geographic footprint standpoint these companies are technically not competing with each other yet. Hippo is in California, Kin in Florida and Lemonade is in New York and Illinois. What happens when they begin to overlap? Is it winner take all in the digital world? Will they niche themselves and attack different segments of digital homeowner space? Kin and Hippo are agents and have the flexibility to pivot by forming partnerships with multiple carriers which will allow them to create multiple product options. Lemonade is a carrier and has the freedom to design their product as they desire. Which of these tradeoffs will succeed?

There are two way to sell insurance policies. You go direct to the consumer or you outsource to a professional sales team (agents/brokers). Lemonade is a carrier and is going direct to the consumer. Kin and Hippo are agents and are acting as the professional sales team for a carrier downstream. Lemonade is taking risk on directly. Kin and Hippo takes on NO insurance risk. The amount of capital required to fulfill each is vastly different.

In order for Lemonade to take on insurable risk it must license as an insurer in each state it operates and must show that it has enough surplus to be able to pay its claims. Insurance is a capital intensive business. In some states surplus requirements exceed $10,000,000, even before you sell your first policy! That surplus is sitting in very conservative investments (generally treasuries and bonds) and is not accessible to investors. For Lemonade to expand it will be very hungry for financing as it grows and moves state by state.

Kin and Hippo contrarily are agents and are not taking risk and are thus not bound to pay claims and carry surplus. The capital that investors put into an agent model is not sitting idle and can be put into direct use via the building of technology or distribution. As long as the agents have the key carrier partnerships, the amount of capital it takes for them to get off and running is much less than a risk-taking model.

The tradeoffs are as the risk-taking entity, you create your own product and have the freedom to decide your fate…but…this model needs an incredible amount of capital to make that happen and that means it must suffer from years of poor returns. If this company can make it to the other side where they obtain traction and can begin building surplus significantly (and thus get additional returns from the float and investment portfolio), the rewards can be great (see Warren Buffet).

In the agent model, much less capital is needed. A company can get started more quickly and with less risk. The tradeoff is that they are selling someone else’s product. Can they have a great enough influence to help design the product? Can they market as they wish or have the ability to price? Will they be at the mercy of their carrier?

There is no easy answer to this. My preference is to start lean and agile. The agent model can prove various hypotheses about your target market much cheaply than the carrier model. But having been someone debating this question personally, I can attest that having control and freedom is highly desirable long-term. You just can be at someone else’s mercy.

There is no doubt that digitally native carrier have a big advantage on the operational side of the insurance business. Not being bogged down by old IT systems, paperwork and all the inefficiencies inherent in most P&C companies is a bonus from day one that should manifest itself it lower expense and hence premiums. There is a lot of value to be had via Operational expenses and a digital native insurer should be in a position to capture much of it.

It is very exciting to see companies vying to become the Amazon of insurance. In the homeowner space we now have multiple companies forming each with slightly different business models. The success of investments in any of these companies will depend on their business model and how they execute on it. Being digitally native in insurance is NOT enough to generate adequate returns for investors. These newcomers will have advantages in some respects when compared to legacy homeowner insurers such as State Farm and Liberty. New digital insurers can reach an audience that legacy insurer will frankly struggle to reach. These newcomers should also be streamlined efficient and have operational expenses vastly lower than traditional carriers.

But there will also be disadvantages. State Farm and Liberty and other legacy insurers have a huge marketing budgets. They also have huge surpluses that allow them, at times, to write business for a loss and still make money on their investment portfolio. Startup insurers can’t dream of doing that. Surplus and portfolio size also means efficiencies in pricing and reinsurance placements. Again, another element that startup insurers are striving for.

There is also the defensibility problem. With more digital insurers starting up, they are now or soon will be competing against each other. So while they all have certain competitive advantages against legacy insurers, those competitive advantages disappear when they compete against each other. As these new companies expand it will be critical to watch how they differentiate themselves as their footprint overlap and they start to go heads up against one another. 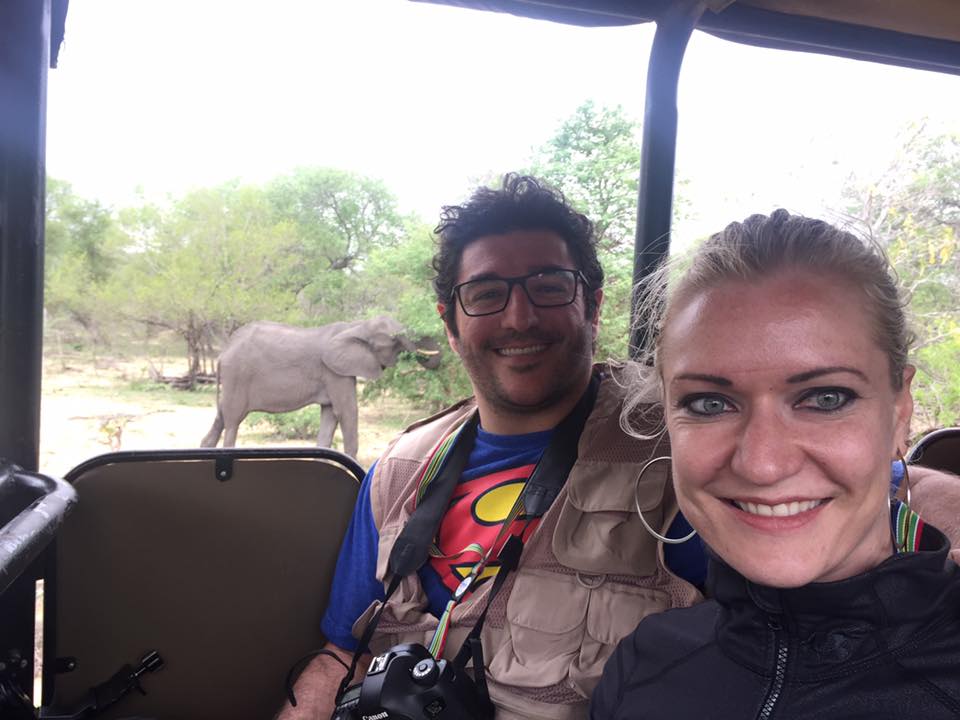 The gloriously nerdy safari vest Tony wore all over South Africa to get these photos.