I should have known when he pulled up and parked his Maserati. I didn’t think we were doing that well. It seemed like an uphill battle, every day, to start a new E&S wholesaler. Seeing the car that day made me second-guess everything. Maybe things were better than I had thought, and we were growing faster than even I knew! The boss was certainly living large – kids in private schools, nice suits, reservations at expensive restaurants, membership at the local country club, and now, this beautiful new car. We worked non-stop every day, hoping that someday we might get to reap the rewards of it all, just like he had promised and like he seemingly was. 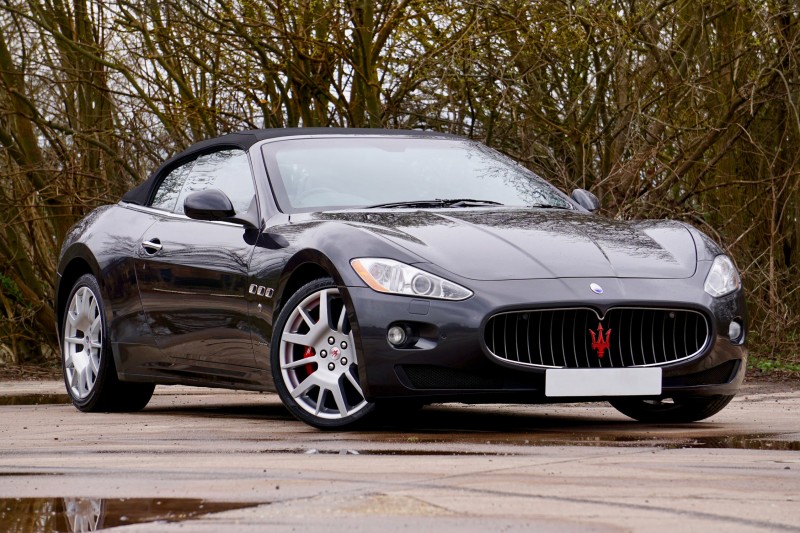 It wasn’t all about the money for me – it never was. It was about starting something from the ground up and taking that chance that if it was successful, I would be lucky enough to get in on the ground floor. It was about building something, watching it grow and succeed.  We were all working hard. We were trying to write business and, at the same time, figure out how to run a company. It was fun at first to put policies and procedures into place, organizing and growing our team, securing carrier contracts, developing agency relationships. We were making a name for ourselves. Of course, there was the occasional issue – I considered it normal growing pains at the time. That’s what we were told from the top, “this is what happens when you work at a start-up,” he used to say. For a while, we all bought into it. We trusted our leader. Why would he steer us wrong? He left a stable job to start this company. He could sell a glass of water to a drowning man.  I’ve never met someone that was so charismatic. When he spoke to you, you felt like the most important person in the room. And he was smart. One of the smartest people I had ever met, with such an impressive talent for business. He had his quirks, like anyone, and his management style was crude at best, but we believed in what we were doing and who we were working for. We were excited for the challenge and hoping that all our hard work would eventually pay off.

I suppose in hindsight, we all saw some red flags that should have prompted us to question our situation. Random Cancellation notices started to be sent from our carriers on policies that our clients had paid us for. Since the boss controlled all the money (it had always been that way), all the inquiries were sent to him, which he would promptly handle with no explanation as to what happened. If pushed, he would explain it away as just a glitch, or he was waiting for another check to clear before sending the payment, etc. We didn’t question it as it was infrequent at first. When it turned into a daily occurrence, we started to get nervous. We were losing new business as fast as we wrote it, as the policies would quickly cancel for non-payment. The angry calls and emails from our customers had us trying to explain what was going on, but our leader was nowhere to be found. When confronted, it was always, “just send me the account number, I will take care of it.” During our increasingly infrequent staff meetings, there was always mention of some grant or loan we were waiting for to infuse the company with operating cash. Since we had received one in the past for $250,000, it didn’t seem unrealistic. It was always, “we should have it next week, they are in the final approval stages.” We were taking tours of newer, bigger office space at the time, so why wouldn’t we believe these explanations?

When it all fell apart, it happened fast and publicly. There was a new news article every other day, each with a little bit more information than the last. We had to learn from this reporting that we were no longer going to have jobs and that our boss would be accused and later convicted of stealing millions of dollars from lenders and clients in order to finance a lifestyle of greed and excess. He was using the hard earned dollars that we had worked for in the hopes of developing a successful company, to try and look the part of an uber-successful businessman. He is currently sitting in jail, where he will remain for the next six and a half years. His wife has divorced him, his friends have left him (he stole from them too), and I often wonder what will become of him once he pays his debt to society and attempts to start over.  As for the rest of us, it’s been quite the ride. We have all landed in different positions with different companies and escaped relatively unscathed. None of us have had to deal with this type of issue before or since, as it’s not every day your boss is stealing almost every dollar you make, from the company he started.

However, some of us are still grappling with what happened and how we could not have seen what was going on before it was all too late. I wonder if the idea of being a part of something so new and exciting was so all-consuming that we simply tried to ignore the alarming elements we were seeing and hope that the promises were actually true. Maybe it was the hope that blinded us all. Among the many things I’ve learned from this experience, the most important has been to listen to my gut. When you start seeing the red flags, don’t ignore them and hope they go away, or talk yourself into believing it’s something other than what is right in front of your face. Maybe Occam’s Razor, the idea that the simplest explanation is usually the one that’s most likely to be true, can be applied to everyday life. That when the boss pulls into the parking garage in his new Maserati, but based on the information you have, you think he should still be driving the Honda, maybe you are right.

Publius is a collection of anonymous authors that for one reason or another obscure their identity in order to be able to write honestly about difficult topics. These articles are edited to higher standards than the rest of our articles and are only published after careful review.

Excess (Secondary)
A insurance policy that only pays when another insurance policy has paid all it is allowed to.
Agency
The company the agent works for.
Carrier (Insurer)
A company who promised to pay for big things you break or lose if you pay them a little money before it happened.