I was in an agency this year and one of the Partners was explaining how their team hired 4 producers in the past 12 months and only one was still employed. He knew the remaining producer wouldn’t be there for long and it was back to the drawing board. We were hired to help the owners train new producers, but we had to learn about the agency first.

During our discovery process with the owners, I heard phrases such as “Bill was in the industry for 36 years. I can’t figure out why it didn’t work out, heck, that’s longer than me!”. Another Owner walks in the room and immediately starts talking about how one of the staff members made another dumb error and if not for his “loyalty” to the employee, he would’ve fired them long ago.

At that point, I stood up, threw his chair at a window and told them to wake up! 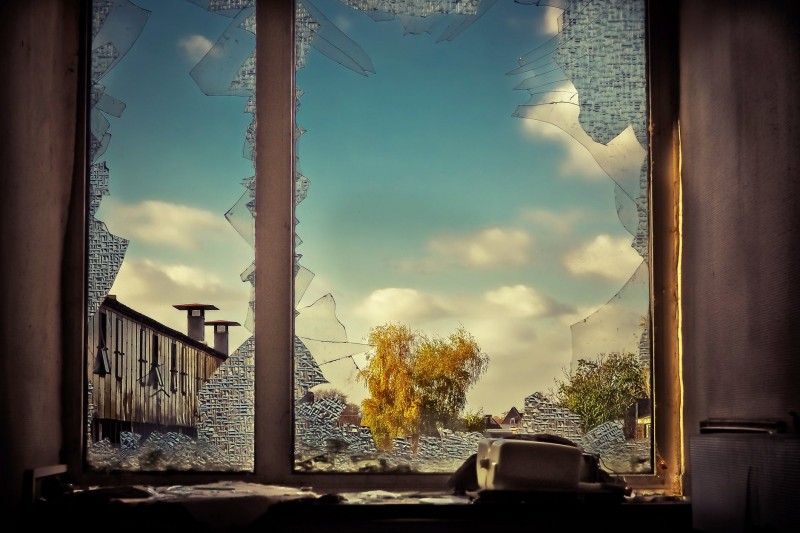 Well, not exactly, but the thought crossed my mind.

All 4 producers had prior experience, with 3 in Commercial and 1 in Personal Lines. The only producer left standing was the personal lines producer and, quite frankly, his production was well below acceptable. He was a nice person but struggling to write new business and was better served finding another agency to work with.

We started talking about how producers are on-boarded and they looked at each other with puzzled expressions. I asked them what metrics they tracked on new and existing producers and was immediately told about their start in the business. “Our dad gave us a list of businesses, a phone, and a desk to make it happen”. Their philosophy was that if a Producer didn’t know how to sell, they couldn’t help them – you’re either born with it or not. (I disagree, but that’s another article altogether).

I can go on and on about these owners, but hopefully you get the point. There are a few core principles we as business owners have to practice in order to successfully recruit, hire, train, manage and retain people. We hear so much about culture, yet so many agency owners misinterpret how to build a positive one. One of these partners actually thought that he was loyal because he hasn’t fired someone that was underperforming. I can’t even comprehend this mentality and hope you can’t either. Let’s not talk about how difficult it is to hire and retain experienced Producers, which is why we promote hiring people with zero insurance background. (Again, another article altogether).

Don’t get me wrong; I’m the first person to preach a “slow to hire, quick to fire” philosophy, but you have to give people a chance by providing tools, resources and a culture in which they can succeed. Give them everything they need to succeed, then place the burden on them.

As I spoke to their employees, you could tell that there was excessive backstabbing, gossiping and everything BUT a focus on growth.  The lack of data made it obvious that management had no idea what was happening with their sales or service teams and most decisions were based on feelings as opposed to metrics and data. The employees reminisced about how retired dad was such a great people person and is sorely missed.

Culture determines who you hire, how they perform and whether or not they’ll succeed. I’ve seen agencies with owners bouncing around from being so positive, and almost everyone they hire exceeds expectations. This is the model agency that’s growing, has people that love coming to work and, because of their culture, win every single day.

Unfortunately, I’ve seen more agencies lose qualified Producers within 6 months OR keep grossly underperforming ones then see new Producers succeed. Owners refuse to fire under-performers because they’re a “nice person”, and 3 years later the Producer is as useful as a piece of furniture, adding fuel to the proverbial fire known as a broken culture.

At that point of the employee-employer relationship, it becomes a job for the Producer that’s only a paycheck. The Owner feels like they’re overpaying for mediocre work. The Producer has no passion for the company and is only there to make a living. All of a sudden, the Producer and Management are at odds and the Producer barely sells enough to justify staying on. Sound familiar? How can we fix this? How can we attract “A” Players and keep them? How can we bring “A” Players into the industry?!

The keys to building a World Class Culture and attracting ‘A’ Players is to genuinely care about your employees’ success and communicating often. As Zig Ziglar says, flattery will get you nowhere, if caring for people isn’t genuine; but merely an act, people see though it and will resent you.

Talking behind each other’s backs is another great way to destroy a company. Gossip is the number one culture killer and spreads like cancer in an office. Cancer spreads rapidly and will destroy the foundation of a company quicker than you realize. As a Leader, you need to stop it from spreading and develop an agency that you’d love work in if you weren’t the owner. This is where Owners, Managers, and Executives should focus!

If Owners focus on their employees; everyone, including clients, will fall in love with the agency.

An example is in divorce. I’ll bet that most couples would say they stopped communicating or there was lack of trust. You can’t smile at a Producer (or anyone else), then talk about how they suck behind their back. If you say something enough times, you start believing it and your attitude towards that person changes; so stop it now!

The best way to fix this weakness is with honest and open communication. There are great consultants in our industry that can help you break the ice with your staff. Whether you realize it or not, your staff wants a fun place to work, free of gossip and negativity, and would welcome this conversation. Start with something as simple as a weekly meeting and a good book you read and discuss together. This alone can change the conversation and direction of the agency.

Don’t expect to fix years of damage in one meeting; it takes time but is the greatest investment you’ll make in your business. I promise you that.

So, to answer the initial question about how the role of producer became an Oxymoron boils down to the agency as much as the producer. We’re a product of our environment. Sometimes we forget what how we arrived to where we are and neglect the basics. When producers exceed expectations, we pat ourselves on the back for hiring and mentoring a winner. When producers fail, it’s never our fault, it’s because they suck. It’s true sometimes, but if it happens often, it’s most likely the leader.

For those of you that have built a World Class Culture; don’t ever take it for granted. It’s easier to maintain a great culture than to create one.

The burden of Building and Maintaining a World Class Culture is on the people signing paychecks and nobody else. Excellence starts at the top. And that’s no Oxymoron.

Stuart Ganis is a 29-year veteran of the insurance industry and his firm has worked with over 700 Independent Insurance Agencies, Carriers, Associations and Technology Vendors since 2006 in areas of M&A Advisory, Strategic Planning, Training, Coaching and Consulting.