The greatest economic benefit from immigration is not just filling the skills-shortage gap but overcoming longevity risk. Longevity risk is the risk that insured population lives longer than forecasted and hence the funds to pay the benefits like annuities of pension and welfare will be significantly greater than already reserved by the State, by employers and by insurance companies. More and more people in developed countries are now getting older and the birth rate is not high enough to compensate for that. The result is double crunch on the working population as it has to both support more elders and face no suitable replacements when it will be their time to retire.

This pension crisis is what is undoubtedly the biggest economic spectre haunting the developed countries. According to CitiBank, the pension deficit for 20 OECD countries stands at a staggering USD 78 trillion.

The refugees coming both legally and illegally are mostly young and influx of more and more young people will mean that this problem of longevity will be reduced substantially. When comparing UK to Canada and Australia, Canada and Australia are better equipped to meet the financial needs of their retirees largely due to higher immigration than UK. Higher immigration also tends to bring in more income tax without increasing tax rates by the government.

Determinants of immigration success or failure

Recent experience and difference in level of success in immigration can highlight some levers that determine whether immigration can have a positive impact on the host society or not. The factors discussed here are:

It does depend how the sponsoring country assimilates these immigrants and refugees. France has a huge Muslim migrant population from North Africa former colonies but they are largely ‘underclass’ and estranged Muslim population who are stuck in perpetual poverty and crime. If people become underclass than they no longer reduce the longevity risk. In fact, they only increase resentments and chances of terrorism and crime. Zeeshan Ul-Hassan Usmani performed data science analysis on European social media profiles and concluded that France has the largest population that is ‘ready to radicalize’. ‘Ready to radicalize’ are mostly young, males, middle class, feel they have lost their roots, and are not from religious Islamic backgrounds. Canada has assimilated the immigrants better than France and so it possibly has relatively lower longevity risk and lower terrorism instances.

Second element is time scale which is sudden or gradual immigration; refugees are sudden massive influx over a short span of time and can saturate the countries and create a host of problems as this short time does not leave room for effective policy making, cultural assimilation and gradual increase in infrastructure to accommodate the refugees. Syrian refugee crises are facing this problem world-wide. Gradual policy-oriented immigration like in Canada and Australia means that there is more breathing space to systematically assimilate immigrants so that their benefits can be realized.

The third factor is the current political and social trends. Despite the benefits of immigration, we have to view immigration in its proper social risk context. We are living in times of polarization brought about by decades of economic inequality, financial crises, wars and unemployment due to automation from technology. Now with Trump and increasing nationalization across the world it seems that after 5 decades of globalization we might be seeing contractions and a wave of anti-globalization. Increasing immigration is hence not a good solution to overcome the retirement crisis currently as the public and policy makers seems to increasingly fear their negative consequences more than they value the positive benefits of immigration.

Proposed solution-one suggestion in a universe of possibilities

As mentioned earlier, Retirement crisis in developed countries is the biggest investment crises that is coming closer as time passes. the issue is that more and more people are turning old in developed countries and living longer than before, whereas low birth rates means that the working segment of population and the governments will be under pressure to fund the pensions and retirement benefits that they had promised. Low interest rates, economic crises etc. are only making this deficit worse. So far solutions are 1) increase normal retirement age, 2) make financial derivatives that no one can understand, 3) shared economy, 4) reverse mortgages, 5) increasing child benefits and trying to lower health costs for the elderly and of course the most powerful one 6) immigration. as you can well contemplate, all of these have their limitations.

How can we hit two birds with one stone; a solution that can reduce the pension deficit despite living in anti-globalization and increasing financial inclusion in developing countries?

My idea would be to make a sovereign ‘demography bond’ that will connect young savers in developing counties (like Pakistan where 60%+ of population is young) to old pensioners in the developed countries. Young people will deposit savings that will fund pension of old people in developed countries for gaining returns. this way, inducing immigration and its political costs will be reduced and young people will be encouraged to save and reap returns whereas retirement fund deficit can be lowered. For financial inclusion and reducing inequality, these savings should be on ‘fintech’ basis like on mobiles, flexible and available on micro levels of savings so that large amount of people in developing countries are tapped.

Please note that this is not longevity bond. This sovereign demography bond idea is very different from a longevity bond. To the best of the knowledge and awareness of this author, I have not seen this idea being proposed on notable policy making media outlets and believe that this idea should be given more attention and limelight. It will require a lot of political leverage to connect two countries of contrasting demographic profiles but technology can help us make this a reality now. Allianz Risk Transfer and Nephila have piloted a catastrophe swap which will transaction on blockchain (instead of fiat currencies) and if the world can achieve this high level of innovation that this idea of sovereign bond can also be executed given the willingness. 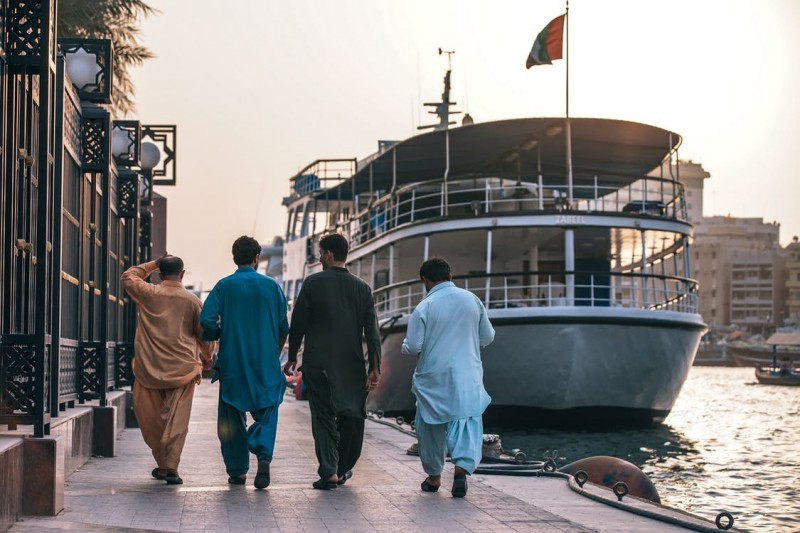 Mercer and the CFA Institute; March 2015: An ideal retirement system. Available at: https://www.cfainstitute.org/learning/future/Documents/an_ideal_retirement_system.pdf

Syed Danish Ali is Deputy Manager Actuarial at Allianz Efu Health Insurance Company and an expert futurist at TechCast Global. Previously, he has 7 years’ experience as senior consultant in a leading actuarial consultancy in the Middle East and South Asia. He is also a graduate of University of London in Sociology and Career ambassador of Institute and Faculty of Actuaries (IFoA UK). He has more than 165 publications across a range of international platforms and is a regular contributor to various research activities in IFoA, CAS, SOA and International Actuarial Association including the ASTIN journal. His non-actuarial publications include articles in Data Science, Banking, Quantitative Finance, International Relations & Foreign Policy, Astrophysics, Philosophy and Sociology. He can be contacted at sd.ali90@ymail.com

Bond (Surety Bond)
A promise that the insurance company will pay somebody else if you fail to do something you promised to do.
Health Insurance
A promise to pay for most of your doctor and hospital if you get sick.
Catastrophe
Something very big breaking the houses and businesses of a lot of people at the same time.
Policy
A written paper that explains in long words the promise you have bought from the company and what is covered or not covered.
Insured
The person who gets paid when something breaks or is lost.
Risk
Chance of something changing either for better or worse.
Insurance
Paying a company a little money for the promise they will pay a lot of money for things we break or lose without meaning to.