Here are many of the (non)-lessons I have learned from Hurricane Harvey. Maybe they will help you as well.

There Will Always Be Fingerpointing

It’s always someone else’s fault. Someone has to be held to blame. If only someone had done this or that, then this or the other thing wouldn’t have happened.

After years of watching natural catastrophes unfold, I can tell you, there is rarely a sinister motive at display. People make the best decisions they can in a time of limited information, a time clock and amplifying stress. We are notoriously bad at making decisions where the choices are between outcomes that produce a bad result, or an even worse result. Opening reservoirs to prevent some buildings from being flooding…while flooding others is one of those really hard decisions to make. They are usually not taken likely.

Fingerpointing doesn’t help. It makes the problem worse. The squeaky wheel may get the oil, but is that the best thing for the system if the oil is better served being somewhere else?

Flooding occurred to properties located inside and outside of flood zones

Stories are again emerging about property owners that were outside of flood zones and deduced from that, that they were not vulnerable to flooding. And once again, the flood zone boundary provides very little valuable information about who is at risk and at what magnitude.

The real (non) lesson to be learned here is that flood zones and flood maps do not provide nearly enough information for property owners who are using them to make crucial decisions.

EVERYONE IS IN A FLOOD ZONE…it is just a matter of degree.

The NFIP is NOT insurance

Yet again, the NFIP will need a bailout to order to pay policyholders. Claimants, in too many cases, will have to wait for months or years to get claim checks, just as they did for Sandy, last year’s Louisiana floods, the 2016 South Carolina Floods, and pretty much every significant flood since Katrina.

That would NOT happen with a private system. In fact, that would be illegal. While not perfect, a private market for flood insurance would be just flat out a superior system and solution to this problem. While it is technically true that I have a conflict of interest, in that I am building a company whose first product will be a private flood option, I still need to convince customers/carriers/reinsurers/investors of my “superior” option against a government-backed program. Time will tell, but so far, it isn’t taking much convincing to my key stakeholders that the government program is vulnerable to collapse. 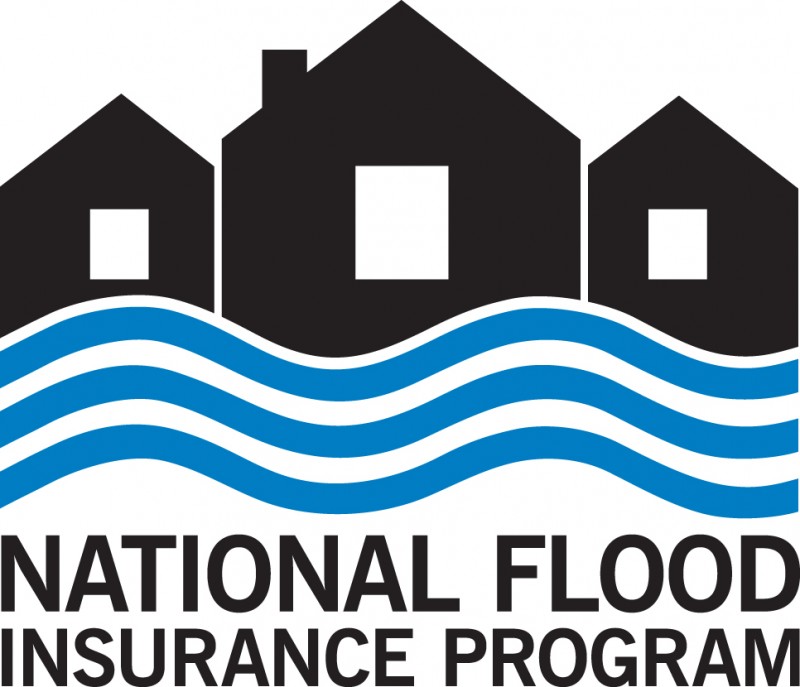 Hurricanes are catastrophic and not at all unusual

You would think that this wouldn’t need to be a lesson, but somehow the lack of storms over the past decade seems to have brainwashed folks into thinking that this is some sort of new phenomenon. The average person living in Houston, TX, New Orleans, LA and Miami, FL, should expect to see 1-3 of these types of events in their lifetime.

This is not some sort of new normal. This is normal. Mother Nature has been and will continue to be cruel. We bite our fingernails over the coming apocalypse of 1-in-1,000 year storms. Yet, simple arithmetic tells us that in a country (USA) of over 3,000 counties, 3, on average will experience a 1-in-1,000 year event every year (if you keep doing the arithmetic, a full 30 counties should experience a 1-in-100 year event each year).

Harvey was unusual in that it stalled and dumped trillions of gallons of rain on Southeast Texas. Otherwise… see the next point

Catastrophic events almost always have their own signature

However much we know about natural catastrophes, we forever seem to be surprised by them. Result: we think we know a lot about them (cause…science), when in fact we are quite ignorant. In the modeling world, we are taught early on that we should not focus so much on the probability of certain events with specific characteristics occurring, but rather we should focus on the aggregation of events and focus on the probability of loss occurring. So, while Harvey was definitely not the prototypical loss-producing event you would expect from a hurricane making landfall in the Texas coast, once the losses are tallied, I will have no doubt that the final loss will be well within the range of expected outcomes for this type of hazard.

In reality, no one knows what the recurrence rate of this storm and its characteristics are. There are no experts to guide us. We are making it up using the best information that we have. Scientists are likely to widely disagree. 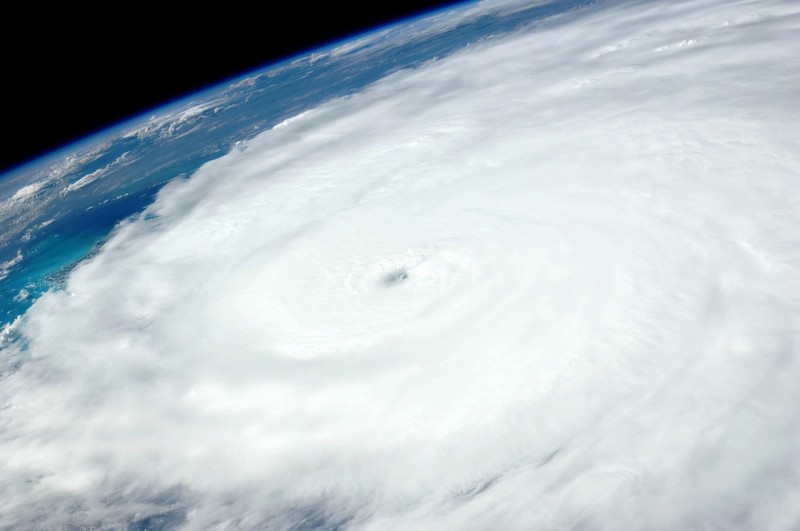 Do building codes even matter?

I read this article by a modeler from Swiss Re. No surprise, buildings in communities with aggressive building codes, generally suffer fewer losses. Municipalities may be under pressure to ease building codes so that communities can get back up and running faster. This is completely understandable, no sinister motive ascribed (see bullet point 1). But for however much pain it may cause, in the long run, a better choice would be to prevent these losses from recurring. The costs in the long run outweigh the costs in the short run. Don’t be South Florida and have to learn these lessons the hard way. South Florida has the most stringent wind resistive building codes in the country, but it took lots and lots of hurricanes to drill it into them.

Insurers will run and hide from Harris County and Texas

In due time, news articles will be published of insurers leaving Texas or sharply curtailing underwriting in key coastal areas.

Look at the following image: 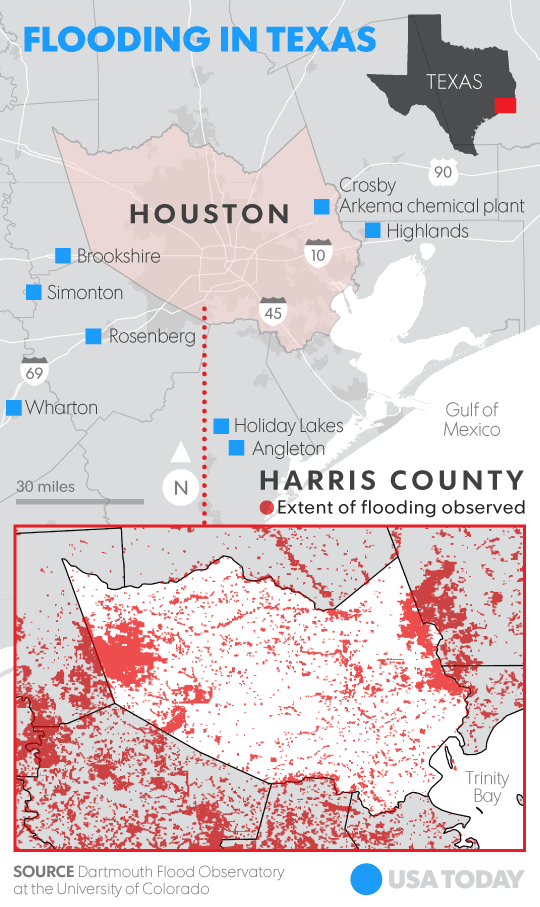 Questions I have when I think about the potential to write flood (or wind) coverage:

Excess (Secondary)
A insurance policy that only pays when another insurance policy has paid all it is allowed to.
Surplus Lines
Insurance companies that are working kind of without the go ahead from the state, they are allowed to sell promises but in a different way than normal insurance companies. To buy a promise from a Surplus Lines company you first have to have three normal insurance companies tell you “no”.
Auto Insurance
A promise to pay to fix your car if you hit something and to pay to fix the things and people you hit.
Application
A form you fill out with certain information when you want to buy insurance.
Catastrophe
Something very big breaking the houses and businesses of a lot of people at the same time.
Broker (Agent)
The person who sells you the promise to pay for things you break or lose.
Underwriter
The person who decides to accept or not accept your offer to pay a company for the promise that they will pay for things you break or lose.
Claim
Asking somebody else to pay when something breaks or is lost.
Probability
The chance that an event will happen written as a number.
Risk
Chance of something changing either for better or worse.
Insurance
Paying a company a little money for the promise they will pay a lot of money for things we break or lose without meaning to.