So, you’re caught up in the tide of insurance. You’ve seen the infographics; you’ve noticed the flex hours trend; the growth potential has you hooked. Then, you get to the office and discover that, unlike you, not everyone is happy to be here. Not everyone has bought into the InsNerds Gospel of #InsuranceRocks. This is an extreme picture, as I don’t know anyone who got into this business due to the infographics, but it highlights an important and oft-ignored dichotomy. There’s a big gap between the happy-go-lucky viewpoint a lot of Millennials paint of the insurance industry (like most of the articles on this blog) and the reality of a traditional office environment.

Whether it’s the office’s Negative Nancy, frustrating clients, or an ancient difficult system, there are plenty of opportunities for negativity to claw its way in. This is coupled with the fact that a lot of people in insurance did not intend to end up here, and in some way, are unhappy about that. That unhappiness does not need to be your unhappiness, and more importantly, the negativity chain does not need to find a link in you. 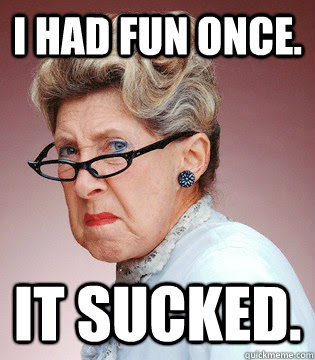 That said, it’s hard to stay positive in the face of adversity. Even when I make a serious, concerted effort, it inevitably cracks and dark waters start seeping in. How I handle those waters is what makes the biggest difference, and it’s most often where I fail. I know I should remain positive, keep my head above water, and eventually the waters will recede. Anything else is drowning. I can type it, I’ll proclaim it loudly to you, but can I get myself to tread water long enough for the negativity to wash away? I’d like to say so, but it would be a lie. So why the disconnect? Why can I say it and not do it?

I had the realization a few days ago that I have concrete, personal examples of why positivity is so important. The video game I play, DotA 2, is a perfectly condensed example of the effects that explicitly positive actions can have. The game centers around two teams of five trying to destroy the other teams’ buildings. A lot of the time, these 5 players are complete strangers and will likely never run into each other again, but for 30-60 minutes, they need to accomplish a strategic and difficult goal. 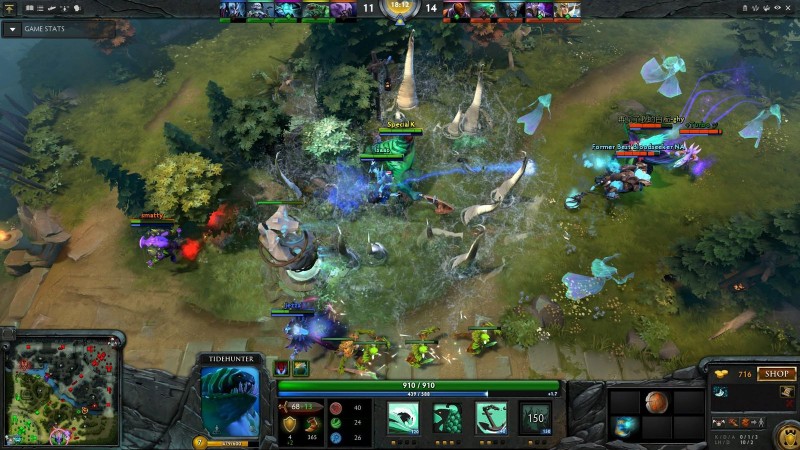 I’m taking a wild guess most insurance pros have no clue what Dota 2 is. Tony, a fellow lifelong gamer, is having a blast illustrating this article.

As you can imagine, people get frustrated. They yell at their team members; they sabotage the game; they report people they think are bad (not that this really gets them anywhere) – all because their personal rating will be affected by a win or loss. This culture, for many players, is just part of the game.

However, there are players out there who decide to be positive, no matter what. Their teammate tries to throw the game? They focus on what can be done to win. Their teammate calls them obscenities? They mute the teammate and continue to be encouraging. I’ve read numerous posts of players being inexhaustibly positive, and their ratings grew by 30% or more.

At this point, I’m hoping you feel some disconnect because you shouldn’t be working in a job where people yell obscenities at you or maniacally change account names just so you can’t find the file. You’re also, hopefully, working with people who stay on the team longer than 30-60 minutes.

While I also don’t work in a madhouse, thinking about gaming this way made me realize that replacing some of my seemingly-innocuous negative statements with positive ones could make a big difference in my life. While I’m working with my colleagues for longer periods of time than in a game, and I’m not cramming as much negativity into a bite-sized morsel, a small amount of negativity spread over a large span of interactions is still going to result in that horrible aftertaste. It’s like smearing tar on a piece of bread and taking one bite at a time, as opposed to eating it all in one spoonful. In one instance, I’m probably going to throw up or worse (I don’t know the chemical compounds of tar or the effect it might have on my health, but I assume it wouldn’t be pleasant in any way). With the bread I’m still going to taste that tar, and over time, still feel sick. Spacing it out might help in the short term, but overall I’m still going to have a bad impression of that interaction and avoid it in the future, no matter the quality of the bread.

That’s not to say we should be positive all the time as that would be dishonest. There are situations where you should point out how a circumstance makes you unhappy or uncomfortable. However, there are instances when it’s probably not worth it. For example, the technology in insurance tends to be outdated, roughly from the Mesozoic era. Sometimes it’s difficult to deal with, and there are glitches. Rather than complaining, we can try to make suggestions to the website’s IT or even just hold out for an update. The key is to focus on the result of your actions spawning from frustration: will it create a situation for improvement or toss unsolvable bad energy into the air? 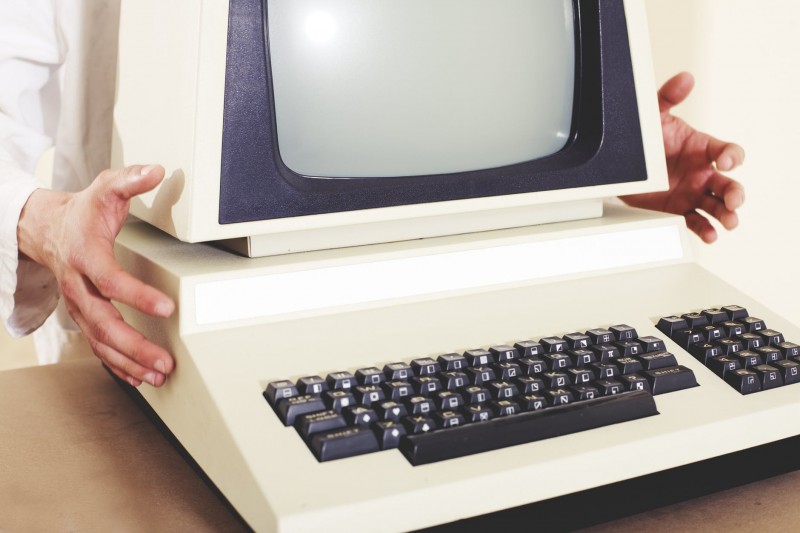 If you behave next year we’ll upgrade you to a 10 inch monitor!

My last job change gave me a clean break to try it out, and while there are obviously other factors, I can tell that my own actions are having a major impact. I have more energy, I’m more excited to come to work and contribute, and I’m more comfortable with my coworkers because I haven’t said anything that, in hindsight, shed a negative light on my character.

It’s easy to read this and think “well, I don’t feel this.” “It’s lying” “It feels forced to be positive” or something of the like. However, I would like to contend that the reason you aren’t feeling it is because you’re reinforcing those negative emotions instead of working to redirect them. Being negative is easier and often a habit. The only way to change that habit is by replacing it, and of course, that’s going to feel unfaithful because we’re used to doing something else. It also takes time to replace a habit; it takes more than being positive for a day, you have to be positive for about seven weeks to create the habit.

The insurance industry is a place of aspirations clashing with reality, desire versus structure, and progress versus antiquity. Gaming is an extreme example of what negativity can do to an otherwise amazing experience. Learning from that, let’s work toward bridging the gap between typical office life and the awesome features that working in insurance has to offer.

Here’s a challenge for this week: notice one time you say something negative that could have been replaced with a positive or even neutral statement (i.e. “This website is so frustrating, I can’t get anything done!” with “Josh, I know you’re really good at this site – could you help me figure this out? Thanks!”).  Don’t berate yourself over it, just note it, and next time try to catch the words before they come out so you can replace them with something more positive!

Make sure you check out our related article about Happiness.

Mutual
An insurance company owned by all of the people who they have sold promises to.
Underwriter
The person who decides to accept or not accept your offer to pay a company for the promise that they will pay for things you break or lose.
Insurance
Paying a company a little money for the promise they will pay a lot of money for things we break or lose without meaning to.