Quick disclaimer: I have never worked a day of my life at an agency so this article is completely based on my experience as a sales manager, underwriter and now through InsNerds and ChatWithTony supporting agencies. Take my opinion with a grain of salt.

Not a week goes by that I don’t get contacted by an exclusive carrier recruiter who wants me to open a State Farm, Nationwide, Allstate or Farmers agency. Ok, I get it, I have a solid insurance background and I make a good target for those recruiters. I’m ok with that. But I also am getting a lot of callers at chatwithtony.com who are in college and getting recruiting to open their own insurance agencies. That makes less sense to me. They don’t have any insurance or entrepreneurial experience. What makes a recruiter thinks that they’d make a great agent. Also, I get lots of calls from young insurance agents who are struggling to survive and looking for advice on how to succeed selling personal lines insurance or how to find another position in the industry. That’s what led me to write this article. This is my best attempt to answer their question and tell them that in my opinion, becoming an exclusive personal lines agent today is not a great career.

I’m a very proud insurance nerd and, as a proud nerd, I like history. I’ve spent a lot of time over the last five years chatting with many insurance veterans and asking them what the industry was like “back in the day”. There have been many changes in the carrier side, but it seems to me, no side of the industry has changed more than the experience of trying to build a personal lines agency. This article is a summary of what I have learned from them along with some of my own analysis.

Now, let’s put ourselves in the shoes of an insurance carrier back in the mid-20th century. They had this great product that people are required to buy, but your product is not a physical product like a car or a hat. It’s an intangible concept, little more than a promise. People paid a small premium up front and the insurer promised to pay them for unexpected losses that might have been financially devastating without insurance. 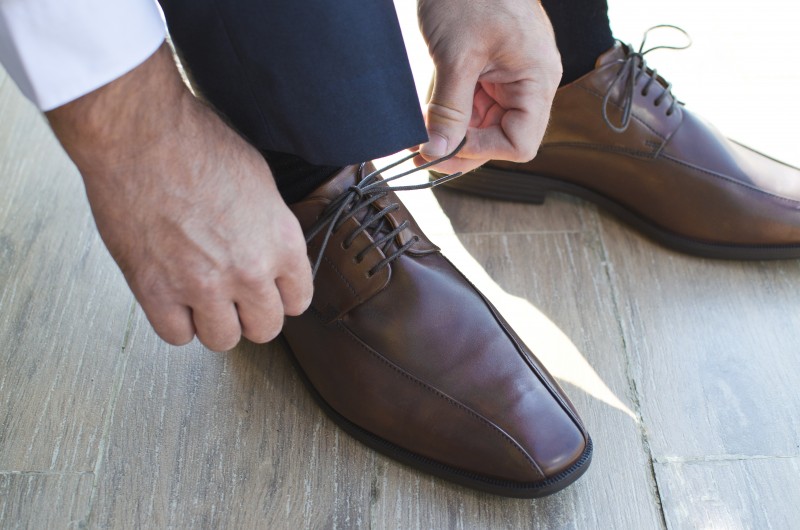 In a world before the internet and ubiquitous toll-free long-distance calls, most business was done in person and with a handshake. So how do you distribute this product?

Let’s use Nationwide as an example. They’re headquartered in Columbus, Ohio. They have this great big office in Columbus and great recognition. People know that if they need insurance (and they will) they come Nationwide. It works wonderfully! But Columbus isn’t big enough – they need to grow more.

Since people need insurance, they just needed to be top of mind and easy to find when they happen to be looking to buy. They want to have an office with a big Nationwide sign up front in every main street, and they want to have one visible on most people’s commutes to work. The easiest way to accomplish that was to find young men (and they were mostly men) with some experience and sponsor them to sell insurance. They’d help teach agents how to sell insurance, help finance office costs and they paid for the big Nationwide sign up front. They also paid for a bunch of marketing to help drive traffic into all those local agencies. The agent’s job was to be there when somebody walked in and to become a cornerstone of their community by joining a few civic organizations, the chamber of commerce and sponsoring the local football team.

In exchange, agents received commissions on every policy they sold and the sweet, sweet renewal commissions every year, for as long as they kept that business. Keeping the business wasn’t too hard since shopping your insurance for a better deal used to be tough! If you ever got the idea that you might be paying too much for your Nationwide policy, the only way to figure out whether you can get a better deal was by physically driving over to an agent somewhere else in town that represented another company and taking the time to get a whole new quote.

People are ruled by inertia and if you’re not having any problems with your insurance you probably won’t go through the trouble of seeking a different quote. Given that in any given year only about 5% of customers have a claim, and as long as those claims were handled properly, chances are most of your customers would stay with you year after year. Even their kids would probably stay with you when they could no longer stay on their parents policy. It was a sweet job! The economics of being an insurance agent were so good that sales managers often recruited agents by telling them “work hard to build your book for 10 years, then golf for the rest of your life”. And it was mostly true! 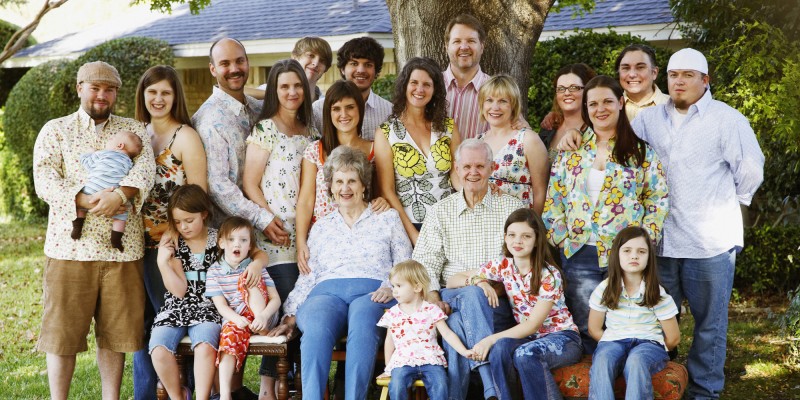 Grandma and grandpa were insured by the local agent Bob who represented a large exclusive carrier. Mom, Dad and all the uncles stayed with the same agent because we never had a problem. Will the newer generations who grew up being bombarded by billions of dollars of insurance price ads prove loyal to their  local agent? I doubt it.

My favorite example is Allstate, which was owned by Sears. (Note for Millennials: Sears used to be a successful retail store that sold large appliances and even had its name on the biggest building in the world for a long time! It still exists, but it’s a shell of it’s former self.) Allstate agents used to have a desk inside the Sears stores. They’d come in 30 minutes before the store opened and would wait at their desk. When the store opened people would just come over and ask them for home insurance quotes after buying a fridge or oven for their new home. It was like shooting fish in a barrel! And the Allstate agent got renewals on that book that basically built itself. That might have been the sweetest sales job in the economy at that time! 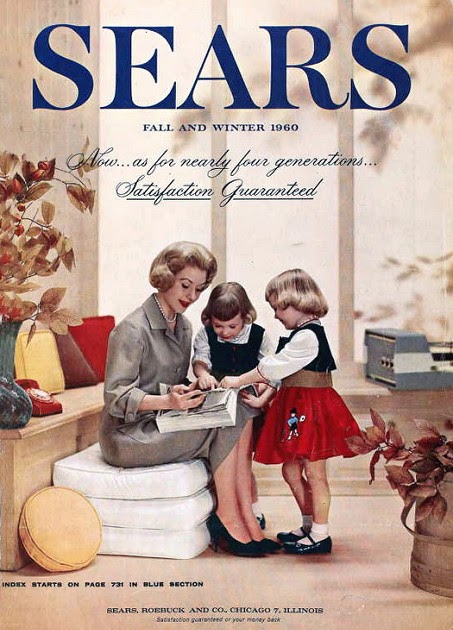 But then the world changed. In 1996 Uncle Warren’s Berkshire Hathaway finished acquiring Geico and started spending incredible amounts of money into advertising. We saw the birth of the Gecko (1999),  Maxwell the Pig, the Cavemen and the rest of Geico’s incredible stable of advertisements. By 2012 Geico was spending $1.1 billion a year on advertising, and Buffett has said that he would happily double that. In 2016 Geico was the highest spending brand in the US with $1.4B. Progressive isn’t far behind either, they now spend $600M a year in advertising and have made their spokeswoman Flo incredibly famous.

Ever wondered why Geico’s famous “15 minutes could save you 15% or more on car insurance” hasn’t changed into 10 minutes or 8 minutes? After all technology has improved and they can do it faster now. 15% is the traditional commission paid to insurance agents. Geico is subtly communicating that the reason they can save you money is because they sell direct, without an agent.

This explosion of advertising coincided with a fast decline in the cost of long-distance calling and the explosion of 1-800 toll-free numbers and of course the growth of the internet. Distances became meaningless and customers became used to buying anything and everything over the phone and then online. The price focused marketing convinced an entire generation that personal lines insurance is a commodity to be purchased on price alone (which you and I know isn’t true), and no longer having the difficulty of driving across town to get a different quote, it became all too easy to price shop first by calling an 800 number, then by visiting a website and now on my iPhone with many different apps. Some agents were probably at fault too, having become little more than order takers instead of being true advisers… The onslaught of marketing became unstoppable. We have offered potential solutions but it would require massive efforts and massive spending to even make a dent against the billions being spent on price-based insurance ads. 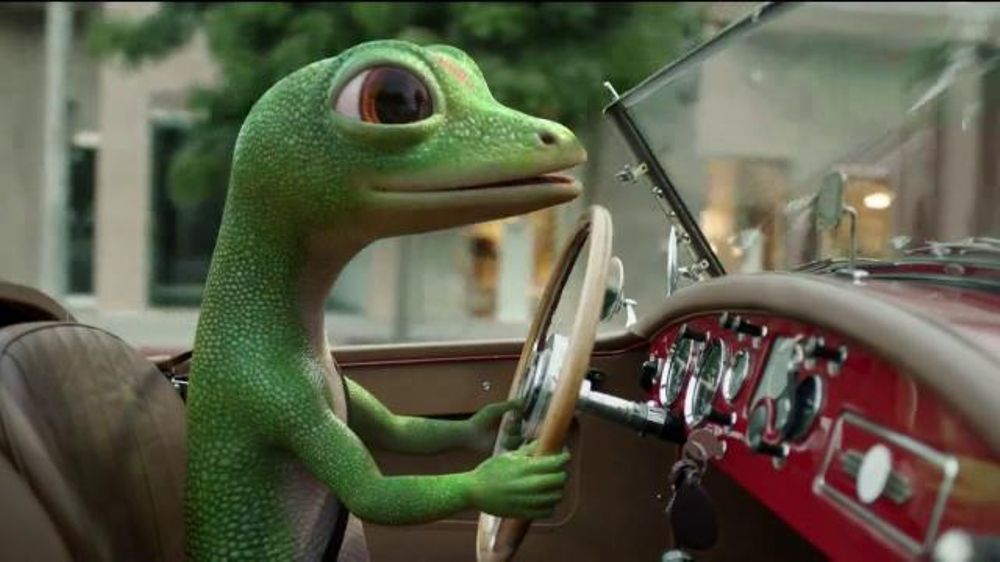 So began the long slow decline of the personal lines agency. Many have predicted that insurance agencies will die, that’s not what I’m saying! My prediction is that personal lines focused agencies, especially exclusive/captive ones, will continue to decline as their Baby Boomer-heavy book keeps aging, there aren’t enough Gen Xers (some of whom choose the direct route) and the giant generation of Millennials grows up into house buying, multiple car owning, boat-owning consumers, but never make the move to seeing an insurance agent as an adviser. Don’t get me wrong, I believe in the value of the agent! If you are not an insurance expert you should get a knowledgeable agent to advise you on your insurance. But I predict the great majority of Millennials won’t go the agency route…

Also remember that Millennials demand 24/7 access, easy-to-use and beautiful apps, the ability to do absolutely everything online and they despise both the phone and having to go visit a service provider in person. These are all things that will be hard for personal lines agents to provide. Direct carriers with giant technology budgets are in a much better position to do so.

What about independent agencies? They’re in a better spot. The key disadvantage the exclusives have is that when their marketing succeeds in bringing somebody in they only have one company to offer. Yes, I know generally they have an internal broker to write other business but it’s not the same, it’s clunky and their bonuses are based on writing as much business as possible with their home carrier. Let’s look at a simple example: an exclusive agency spend $1,000 in marketing this month, and that brings in 10 people. Because of their one carrier’s particular appetite, and lack of price competitiveness in some market segments, they end up only being able to write 3 of those 10 people you have. Effectively they are sending away the other 7. That means that they must make at least $333 profit from each of those people to come out even.

On the other hand when an independent agent spends the same $1,000 on marketing and brings in the same 10 people, they have a much better chance of placing each of those people in the right company that best matches them. They might end up writing 8 out of the 10. They only have to make $125 in profit per person to make up for their marketing spending. They have serious economies of scale!

I’d love to be convinced that I’m wrong. If you’d like to show me how being a personal lines exclusive agent is still a great career for a young professional I’d love to hear from you. Read our editorial guidelines and email your draft to insnerds@gmail.com.

3 thoughts on “Being a Personal Lines Insurance Agent Used to be a Sweet Career!”