In my last Insurance Nerds article, I made two bold statements regarding DMCOs (Digital Marketing Co-Operatives).  They were:

While no one has disagreed with me to date regarding these statements, the purpose of this article is to explain the other component of a functional and efficient DMCO, i.e. what makes up an effective producer level web form.  That said, before we dive into the what, let’s again review the why.

What makes up a Good Producer Level Web Form? 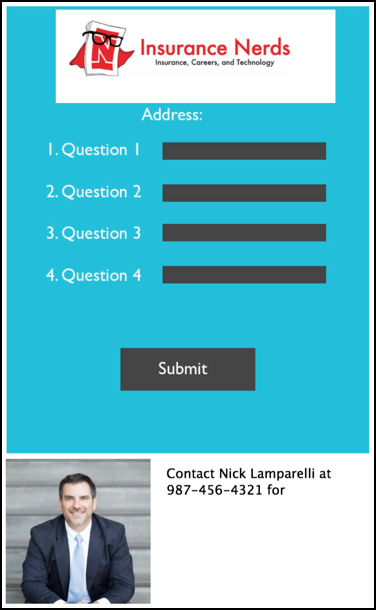 By combining producer level web forms with their emails, social media pages and DMCO participation the local agent will be able to thrive and defeat the Insuretech direct writers of this world.

In summary the industry is heading towards the 24/7 always accessible to the consumer insurance solutions.  Producer level mobile responsive web forms will keep the local agent in the game giving the consumer exactly what they want, the speed and convenience of the web while still having a real person close by to discuss their insurance needs and concerns.  After all we all agree that local is better when it comes to one’s community well-being.