“γνῶθι σεαυτόν” (pronounced gnothi seauton) was inscribed at the Temple of Apolo at Delphi. This remains great advice over 2,000 years later for those of us trying to grow a career in the 21st century. 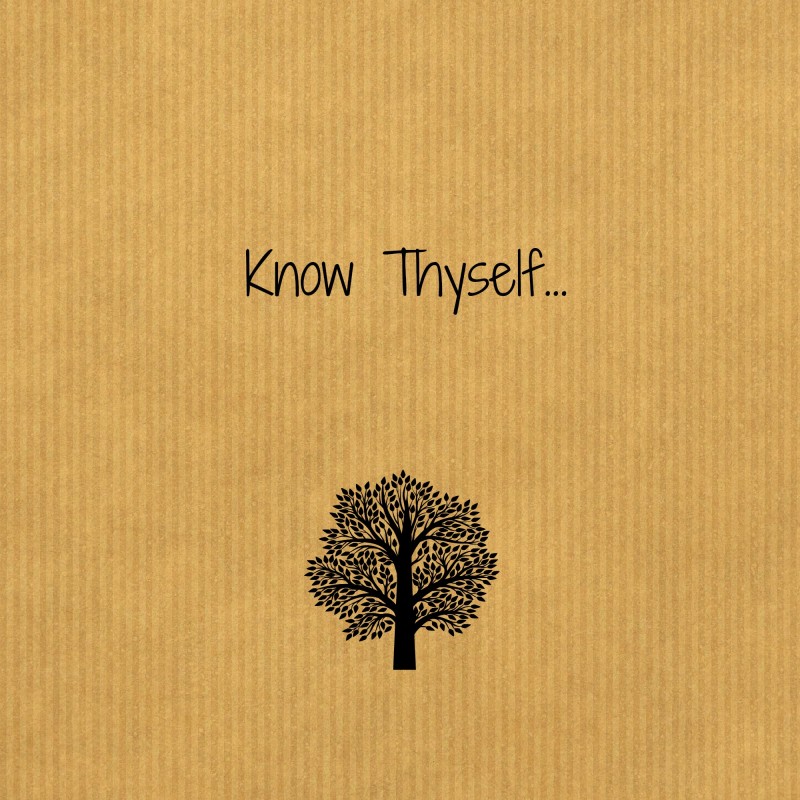 The Gallup organization has spent 40+ years studying human strengths and how they affect organizations and careers, and has found that entirely too much time is spent in fixing people’s weaknesses rather than on focusing on their strengths. The simple truth is that you will simply never be world class at something that is not a natural strength for you. Investing time and effort early on in your career in figuring out your natural strengths and then in focusing on improving the skills related to those strengths will be a much more productive use of your efforts.

This process can sometimes be painful, especially if you find out that your strengths don’t match your plans very well and are forced to figure out a new path. Tony went through this painful process at least two times. He grew up dreaming of studying computer science and dedicating his life to the advancement of technology. Unfortunately, he’s also really bad at math. Multiple attempts at Calculus 1 made it very clear that regardless of effort he would never be a great computer scientist. He changed majors and graduated with a business degree. Years later, he got a great career opportunity getting hired into Nationwide’s Financial Leadership Rotation Program (FLRP). Unfortunately, FLRP is a deeply analytical, numbers-heavy program, where your success is largely dependent on your ability to produce highly organized, insightful and water-tight spreadsheets and reports. Tony’s natural strengths of charisma, public speaking, idea creation and motivating others were of little use in this program and his weakness with numbers was on clear display. Regardless of his efforts, he failed.

Immediately after the program, he pursued a sales-focused career, much better suited to his strength and he’s been much more successful at it. The transition wasn’t easy. It required an entire re-planning of his future and a renewed focus on growing his strengths instead of trying to shore up his weaknesses.

Gallup surveyed over 10 million employees worldwide on employee engagement and only one-third “strongly agreed” with the statement “At work, I have the opportunity to do what I do best every day.” They also found that those who disagree with that statement are much more likely to be disengaged at work. In fact, they found that employees who do have the chance to do what they do best at work are “six times as likely to be engaged”. It goes beyond just engagement. Engaged employees are more productive and thus also more likely to grow in their careers. This book’s goal is to help you be productive and to grow your insurance career. In order to be productive you must be engaged and in order to be engaged, you must focus on growing your strengths.

Unfortunately, in the insurance industry, we have a tendency of often recruiting new graduates into the job where we need them, rather than the job where they would be best at. So there’s a fair chance you’re in the wrong job for your personality and strengths. You simply won’t be able to be excellent in a role you’re not well suited for and you absolutely won’t be very happy. Fear not, many of us started (or found ourselves at some point) in the wrong kind of role for us.

You don’t need to do it right now, but we highly recommend that you get yourself a copy of Strengthsfinder 2.0 and take the Cliftonstrengths Assessment which will give you a list of your top five strength themes along with a pretty deep dive into each of them.

Once you have figured out what you’re naturally good at and accepted what you’re naturally not good at, there are two potential paths: You can seek roles which allow you to avoid your weaknesses as much as possible or you can ally yourself with others who have complementary strengths. This is exactly what I did by recruiting Carly into what became Insurance Nerds. We are diametrically opposite people who couldn’t be more different and have complementary strengths.

Another way to understand yourself is through the DISC profile. While Strengthsfinders and Myers-Briggs are personality assessments, DISC is a behavior-based way to understand yourself and others. The beauty of DISC is that it will help you understand others without having to give them a personality test! More than anything it’ll help you behave in ways that are more efficient to get what you need from your manager, your peers, and your clients.

Manager Tools has a ton of free resources for better understanding other people’s DISC profiles and it might even be a good investment to buy some of their premium content related to DISC, especially about how to better communicate with your boss based on your and their DISC profile. This might be the best $30 you spend in your early career.

3 thoughts on “Know Thyself to Grow Your Career”