How many times has a recruiter promised you that you’ll make a ton more money and that the company they’re promoting has a great “sales culture!  — our sales-team Eat what they Kill!” That mantra of earning what your worth stays with successful salespeople and is the motivation of those who wish to be great.  I was always proud that I earned quite a bit of money and that my life and that of my family benefitted from my cold calling efforts. There is no substitution for cold calling.  All we need is a phone and number to call (there’s a bit more to it if you truly want to succeed.

In fact, I created a technique that I call: “focused-selling”.  And, I’m happy to explain the technique to anyone willing to listen to my one minute summary of what and how to be successful on the telephone.  No charge. It’s worked for me since the moment I conceived of it. I have given my Focused Selling one-minute class to many grateful sales managers and sales-people who say that my brief and simple way of developing prospects has truly changed their lives and exponentially increased their closing ratio.  Unfortunately, with the development of the CRM and Robo-Dialing, sales has become Uber-ized. Automation has created a way for organizations to replace talent and ideas with computerized scripts read by “bots”. Press 1 if you want to speak to us. Press 2 if you want to be deleted from our database…etc.

So many organizations believe so little in talent and believe so much in automated emails and chatbots that hiring a salesperson to reach out and create a relationship is passe’. They’ve adopted Auto-Dialing Systems to call prospects!  These organizations, mostly well-funded Startups, believe that automated selling systems have replaced talented salespeople and talented cold-callers. Despite the fact that AT&T has truly helped all of us by informing us of these Robot Dialers with SPAM alerts on our Cellphones and Home Phone caller ID Systems, organizations persist in having non-human voices attempt to interest us in whatever it is that they want us to be interested in.  None of us ever need answer the phone when we’re informed that someone trying to steal our money and waste our time is on the other end. At least, I never do. Maybe there are statistics to back up the concept that Sales is a dead-end money rat hole that shouldn’t be funded. Maybe it’s all Facebook marketing and Linkedin ads that do the trick and there’s no need to hire a real person to create a relationship.

I truly have thought that real cold callers who “smiled and dialed” were a rare breed or few and far between.   In fact, I thought they were dead. That is until I was walking down the beach this October in Santa Marta, Colombia and saw this: 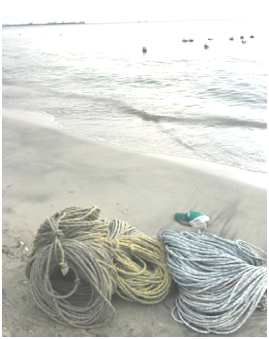 By itself, it looked like just a bunch of rope, right?  I thought so the moment I saw it sitting there. But, it reminded me of a telephone.  The lonely phone that sits on a desk of a salesperson getting ready to sit at that desk, a stack of lead cards or a Xerox list of names and numbers at the ready.

I was taught, at an early age, not to pick up something that wasn’t mine.  It’s considered stealing. Someone obviously left it there. So, since it wasn’t mine and it looked kind of heavy, I just kept walking down the beach.  On my way back, the rope wasn’t totally gone, but there were two groups of men, from the ages of about 12 to 70, holding and tugging onto the rope that was visible about 300 yards out to sea. 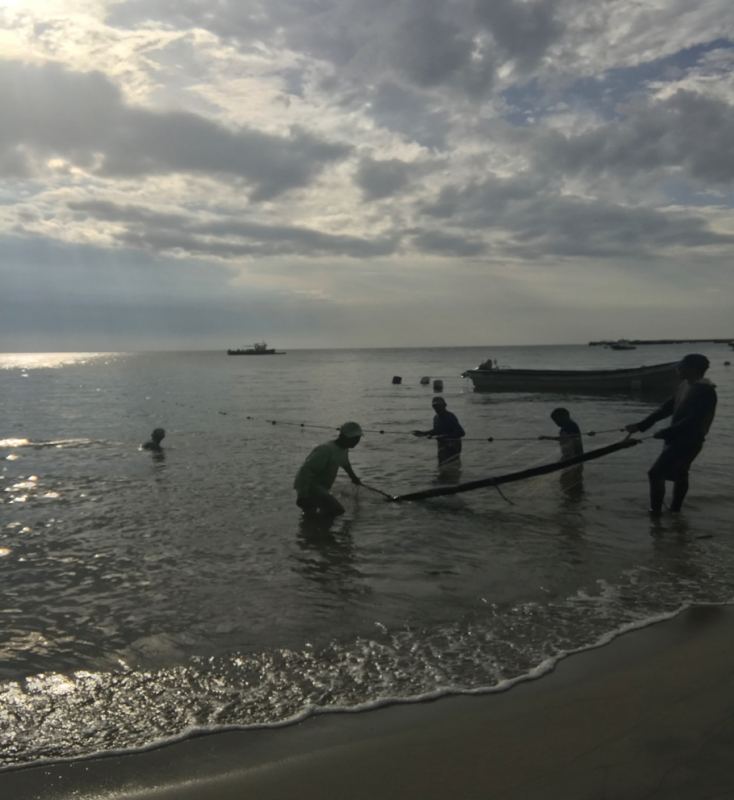 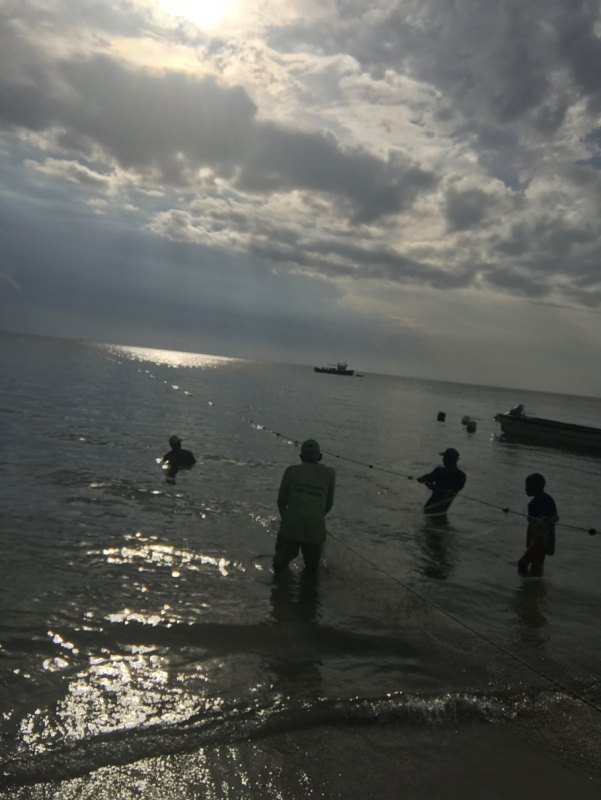 Since it was about 4:30 in the afternoon and I had nothing else to do, I decided to watch them and see exactly what they were doing.  I spoke to another onlooker and he told me that this group of people were here in the morning at about 6:00 a.m. for about an hour and then were back late in the afternoon (like they were) to fish for their families evening meal…if they were successful.  And, if they were, based upon years and years of experience, optimistic, mainly based upon that morning’s catch, several Fish Mongers (wearing official brightly colored Blue Vests stating “Comprador De Pescado”) and even the Police would attend and manage the excess fish available to the community.  And, sure enough, like magic, minutes before the final moments when the nets would unveil their results for all to see and witness, 2 policemen arrived in their dark green uniforms (trudging down the sand in their heavy black boots) along with 2 uniformed Fish Mongers. A few additional local folk and several tourists from the nearby hotel started finding their way toward the shore.  We would all find out whether these fishermen and their families would eat dinner that night….or try again for the hour it takes for two strong swimmers to swim out to sea with that huge net and rope contraption, set it up properly and then return to the shore to work with a team of 6 people to then tug at each end of that two-tiered-rope-net system back into shore….with or without fish caught in the net.

For about an hour, the team of men, in unison played tug-a-war with the sea’s currents and the wind’s resistance. 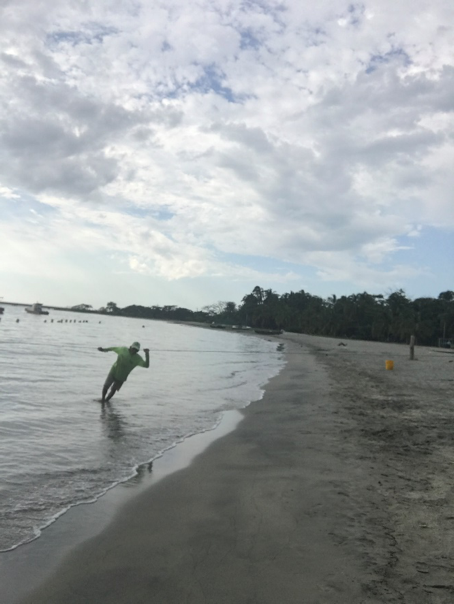 Watching their persistence reminded me of making cold call after cold call to potential insurance clients.  Reaching voice mails, leaving a brief but compelling message. Reaching the end of the ring limit with no one answering and marking in my CRM System that I needed to call again the following session I was penciled in to make more calls.  While, on occasion, I was reaching an assistant who was determined to negate my further calls, there were moments of success when I truly connected with a decision-maker who was interested in meeting with me in person. In other words, my family would have a chance to eat!

And those successes motivated me to make even more calls.  Good salespeople learn that a successful call will lead to more successful calls.  You can’t stop when you achieve an appointment….which is the whole point of cold calling….making the appointment. (I’ve, in more than 38 years of cold-calling, NEVER made a sale on the phone.  Never. The entire point of cold calling isn’t to sell your product or service. It’s to sell the value of a meeting….either in person of via Zoom/Webex/GoToMeeting etc.)

Larry is a long-time agent who has sold both the biggest and the smallest of insurance policies. Consultant for www.getcarvi.com (the best Telematics provider on the planet), www.Safetywing.com (Insurtech leading the way for Digital Nomads and Startups with out of country people that they care about) and www.Suretys.com (I'd tell you, but then I'd have to.....)